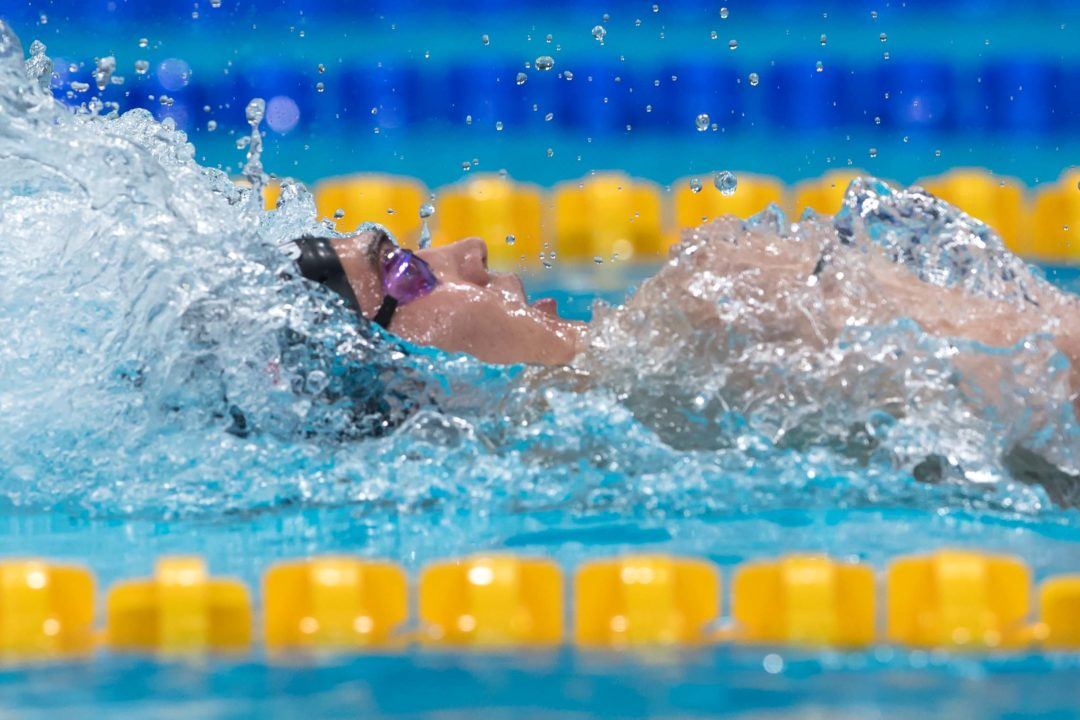 Rising Russian superstar Kliment Kolesnikov followed up his stellar performances on day 1 of the Energy Standard Cup with four more on day 2, earning individual wins in the 50 back and 200 IM, and also swimming on both of Energy Standard’s relays.

The backstroke specialist started the day off in his best discipline, easily nailing down the 50 back win in a time of 25.05. Italian Thomas Ceccon placed 2nd in 25.79. At the end of the morning session the 17-year-old anchored the Energy Standard team (made up entirely of Russians) to the win in the 400 medley relay, splitting 50.27 as they won in 3:39.71 over Italy (3:41.33).

In the afternoon session Kolesnikov duelled it out with teammate Maxim Stupin in the 200 IM, with Stupin overtaking the lead on the breaststroke leg before Kolesnikov answered in the freestyle, getting the touch by a few one hundredths in 2:00.69 to Stupin’s 2:00.76. His fourth swim of the day was arguably his most impressive, as he anchored Energy Standard’s 400 free relay in 48.47, though it wasn’t quite enough to run down the Italians who won in 3:19.50.

There were four other swimmers who won multiple individual events, represented by four different teams. Tina Celik, swimming for the Balcan Tide Team (made up primarily of Slovenians like herself), won the 50 (32.06) and 100 breaststroke (1:10.16) with Russian Anastasiia Afanaseva of Energy Standard the runner-up in both.