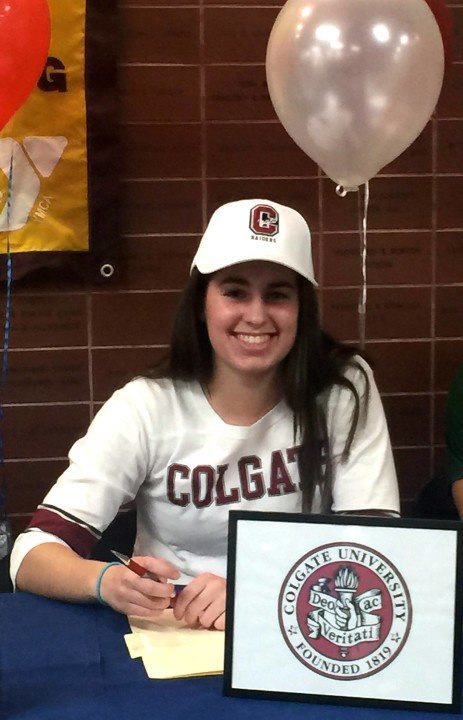 Daly will be an immediate conference contributor for the Raiders

Kiersten Daly, who trains not far away with the Wilton YMCA Wahoos, has committed to Colgate University. Daly has at least six events where she could step into the Raiders lineup right away:

Daly is the defending Connecticut Class S champion in the 500 freestyle for Weston High School. She has also made finals on five occasions for the Wahoos at YMCA Nationals.

“Colgate’s blend of rigorous academics and athletics is simply unmatched. From the moment I stepped foot on campus the great coaches and inclusive team made me feel at home. I am very excited to be a raider for the next four years!”

She should be an immediate contributor at the conference level for Colgate. Both her 400 IM and 1650 times would have scored at the 2015 Patriot League Championship, with the 400 IM placing her top eight.

Daly is also a top student: she was named to the 2013-2014 USA-Swimming Scholastic All-American team, She is also a member of the National Honor Society, Spanish Honor Society, Latin Honor Society and has been named a Connecticut Scholar Athlete.