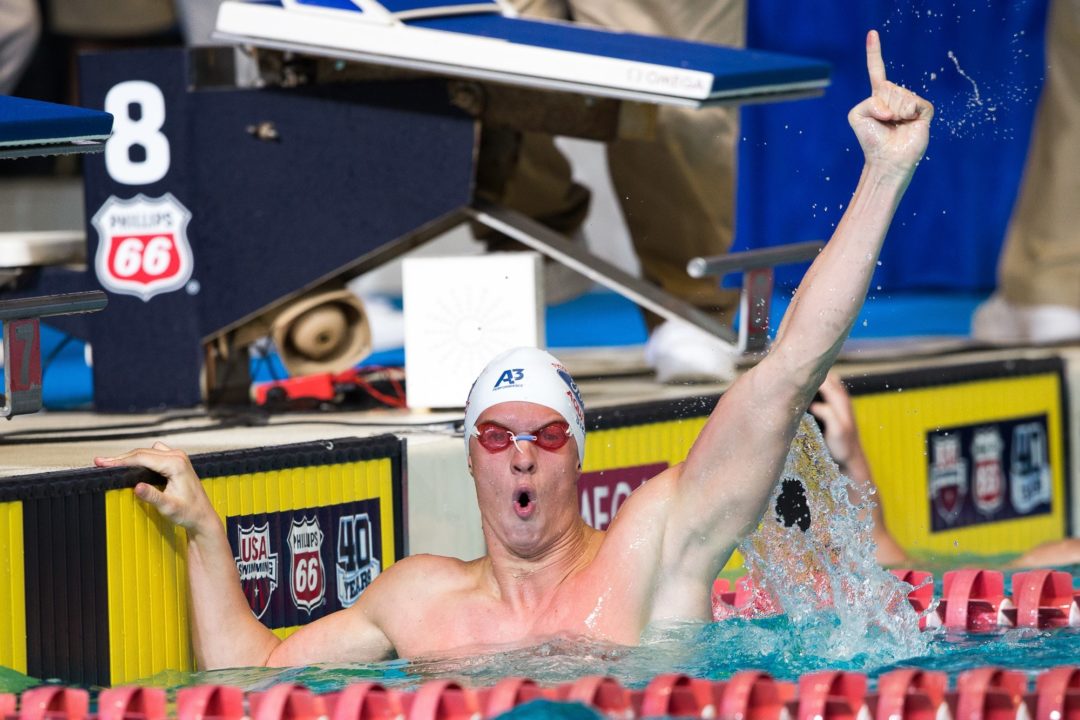 Arizona Wildcat teammates Kevin Steel and Kevin Cordes were 2-1 in the 100 yard breaststroke at the NCAA Championships. This morning, they qualified for the 50 breaststroke in the first and second positions, with Steel setting a new US Open record. At the end of final this evening nothing had changed Steel and Cordes went one two in the event and Steel set another US Open record winning the event in a time of 27.26, with Cordes finished second posting a time of 27.38.

Steel’s time ranks third in the world. That swim for Cordes was .01 seconds better than he was this morning, and so on its own would have been shy of Gangloff’s record that Steel broke in the morning session.

Mike Alexandrov finished third in a time of 27.53. That’s a strong swim for him, and close enough that he and Steel should be in a dogfight for a spot in the 100 breastsroke at the World Championships, as Alexandrov probably gets a little bit more of an advantage in his favor as the distance extends.

He grew swam in South Jersey.