Kentucky is on a Tear: Picks Up Another Verbal from South Carolina’s Meredith Whisenhunt 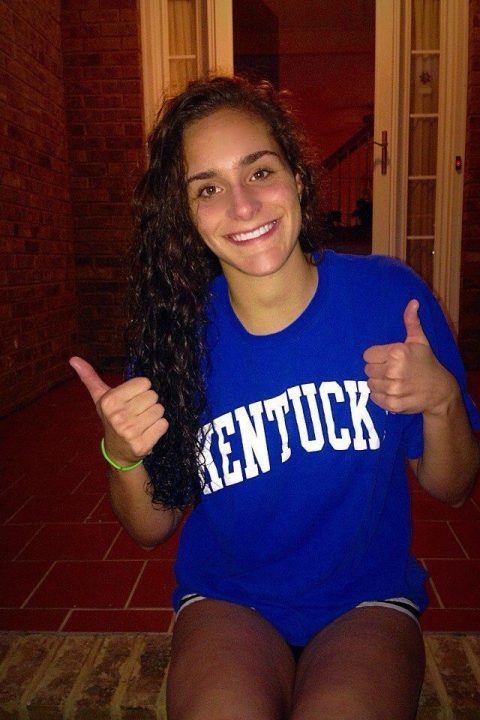 South Carolina's Meredith Whisenhunt is the sixth verbal commitment this week for the Wildcats. Photo courtesy of Ali Galyer.

University of Kentucky has been wildly successful filling their recruiting class this week. First it was Kathryn Painter, Kayla Churman, and Geena Freriks who committed on Monday; then Olivia Treski announced her intention on Tuesday; the next day it was Kristen Keifer’s turn. And now Greenville, South Carolina native Meredith Whisenhunt has decided to make Lexington, Kentucky her home for the next four years; she gave her verbal commitment to the Wildcats today.

“The supportive coaching staff was a huge part of my decision. I can’t wait to be part of a team that is so close in and out of the water.”

Whisenhunt is an All-State honoree from Greenville High School and a member of the national team at Y-Spartaquatics Swim Club. She specializes mostly in fly and free, and the longer she’s in the water the stronger she is.

Whisenhunt was second in the 100 fly and third in the 500 free at the 2013 South Carolina AAA high school championships. Most of her top short course times, however, come from the 2014 YMCA Short Course National Championship where she finished top-eight in the 500 and 1000, was ninth in the mile, and was a C-finalist in the 200 fly.