Kenderesi Returns To Hungary Where He May Face Punishment 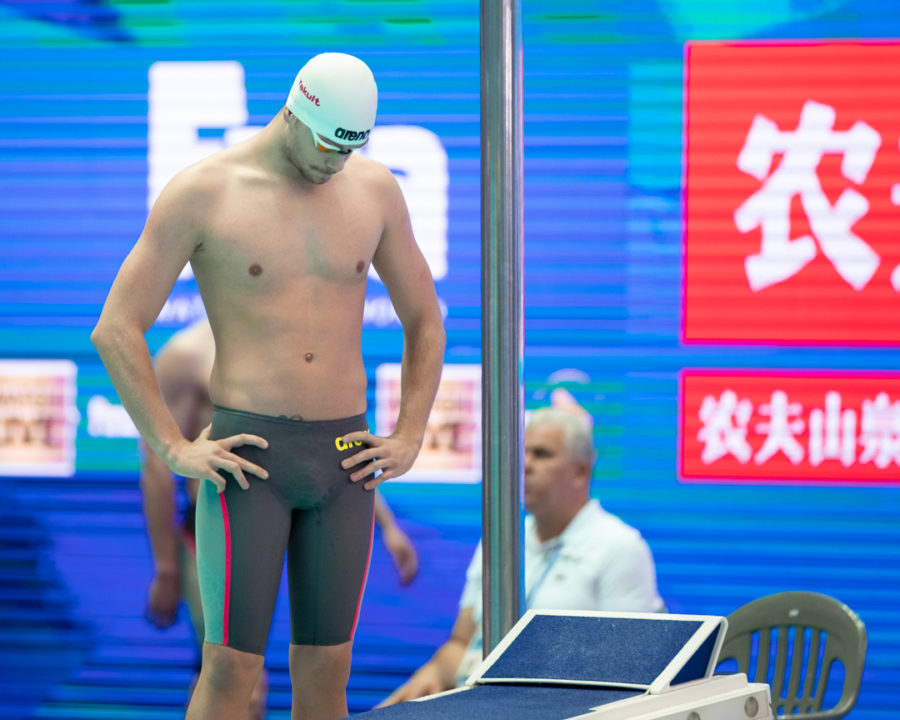 Tamas Kenderesi returns home to Hungary, where he may face additional punishment regarding his sexual harassment allegations. Archive photo via “Rafael/Domeyko Photography”

Following an outstanding day of women’s 200 freestyles, this session will give us a look at how well they will fare in the 100.

We reported earlier this week that Hungarian Olympian Tamas Kenderesi was granted permission to leave the nation of South Korea after having been previously prohibited from doing so pending an investigation into sexual harassment allegations.

Kenderesi, who competed at the just-concluded FINA World Championships in Gwangju, Korea, was arrested on allegations of sexual harassment on Sunday, July 28th.

The events in question occurred at a nightclub. The 22-year-old explained his side of the situation in a statement released by the Hungarian Swimming Federation, with Kendersi admitting that he ‘touched a Korean girl’s buttocks who was working as a dancer in the club.’

Kenderesi was formally accused of committing an indecent act by compulsion and he paid a deposit of 3 million won (~$2500 USD). The charge is a summary offense under South Korean law, to be dealt with administratively and without a courtroom trial.

Hungary Today is reporting that Kenderesi indeed left Gwangju on Wednesday, with President of the Hungarian Swimming Federation (MUSZ), Sandor Wladar, stating that ‘the swimmer feels physically well, but not mentally.’

In terms of punishment from the MUSZ’s end of things, Wladar said, “I’m sure I’ll put him in front of the disciplinary committee. But I still don’t know what kind of punishment he can expect. The committee will decide on the basis of the official investigation papers of the South Korean police and the swimmer’s testimony.”

Per Hungary Today, Kenderesi may receive a verbal or written warning, a fine and/or cancellation of benefits. The punishment could reach as far as banning him from competitions and training camps, but nothing has been issued as of yet.

If he touched her, that’s assault, not harassment. I hope the Hungarian Swimming Federation takes this seriously, this kind of behavior is not acceptable.

Yes but he was compelled to do it.

He has suffered enough already for it. It’s bad, but cmon…

Don’t get me wrong, he deserves the punishment he is getting, but the media (especially the Hungarian) has treated the case as if he has raped someone. His acts are not acceptable in any way, but he outright admitted everything, and sure learnt not to put your hands near butts anymore after all the shaming and fines. He is mentally 0 now, don’t ruin him further. Punish people according to their crimes. The Hungarian Federation will decide his faith, but I would be very sad to see his career end cause of this stupid incident.

At least we have a president that respects women

I don’t know alot about Hungarian culture so I can’t comment on what is/isn’t acceptable over there but in the U.S that is considered sexual assault. It seems to me as if Kenderesi didn’t know that women don’t like to be groped by random strangers…

Beyond a fine, I’m not sure any further punishment is needed, I think the dude honestly didn’t know what he did was wrong and this scare was enough to, well, “educate” him, I value… Read more »