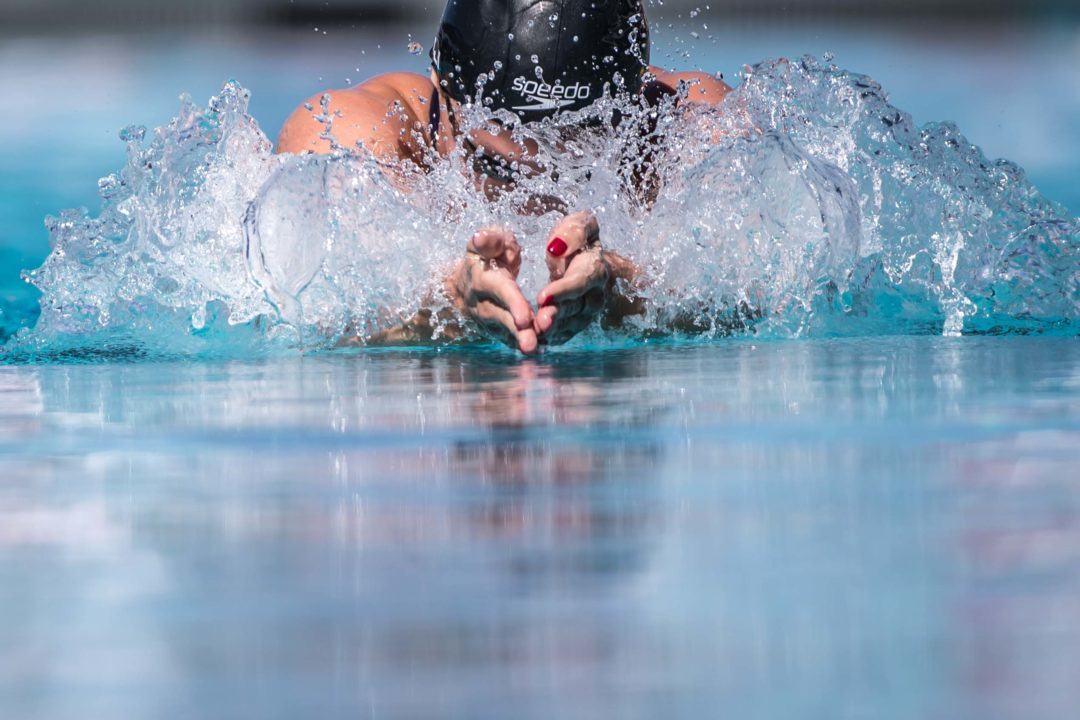 There were a total of eight official scratches from swimmers seeded in the top-24 for day 3 prelims at the Arena PSS in Atlanta, the most notable being 2-time Olympic medalist Katie Meili. Meili scratched out of the women’s 50 free, an event she was seeded 11th in. Meili was victorious in the 200 breast last night, and still has the 100 breast and 200 IM on her schedule for day 4.

Also scratching out of the women’s 50 free was #3 seed Chantal van Landeghem from the High Performance Centre Ontario. van Landeghem was a no-show yesterday and doesn’t appear to be in attendance for the meet, though she’s still in the updated psych sheets.

Conor Dwyer was not scratched from the men’s 200 free, but was also not in attendance yesterday and isn’t expected to make an appearance.

Other scratches for day 3 prelims (from the top 24 seeds)