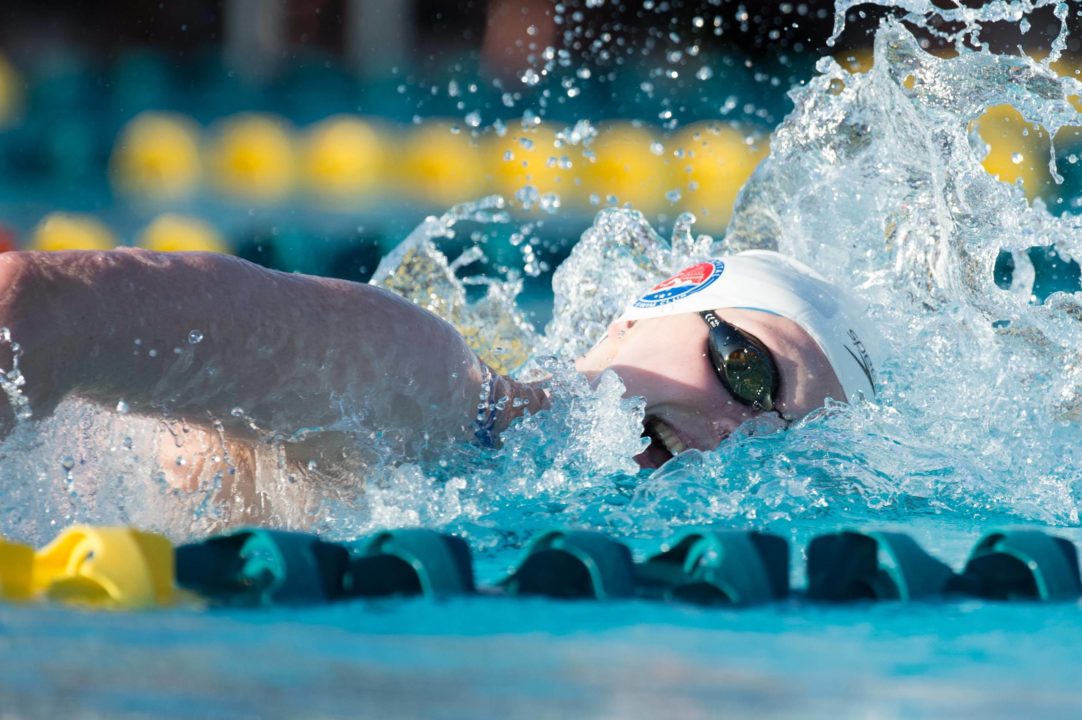 Katie Ledecky is headlining the meet and has officially put it on the map, breaking the world record in the women’s 1500m freestyle. She was out at the 800 in 8:16. It is normal for Ledecky to take races out strong, but to hold on to break the world record this early in the season is unbelievable.

She touched the wall in 15:34.23, lowering her personal best time and the previous world record set in Barcelona last summer at 15:36.53.

The record will not be considered official until it is approved by FINA, but it is more than two seconds faster than her previous best time and World Record.

Ledecky’s time will also count as the new American and national age group record, and will significantly lower Kate Zeigler’s US Open record from 2007 of 15:42.54.

A reader of ours commenting under the name “Josh” pointed out that Ledecky’s 800 split of 8:16.18 also broke Janet Evan’s US Open record time of 8:17.12 from 1988. Not only does that knock out the second oldest US Open record, it also gives her the worlds fastest time in the 800 freestyle as well. Her 1500 time moves her almost 30 seconds ahead of the rest of the world, and her 800 split puts her 2 seconds ahead of the previous world leader, Jazz Carlin from Great Britain.

This record will have to be ratified by FINA before being declared official. While in most cases, that is a given with records being set at national and international level meets, there’s no guarantees, for example, that Ledecky underwent the mandatory doping control after her race.

It is also the fastest time in the world this year

Holy smoking swim! Simple superb. Can we look forward to sub 8:10 and sub 15:30 later this summer?

Thats the way to do it… taking it out slightly slower but allowing for more consistent splits. What we should see is that her back 400 will resemble her front 400 once a full rest and shave happens.