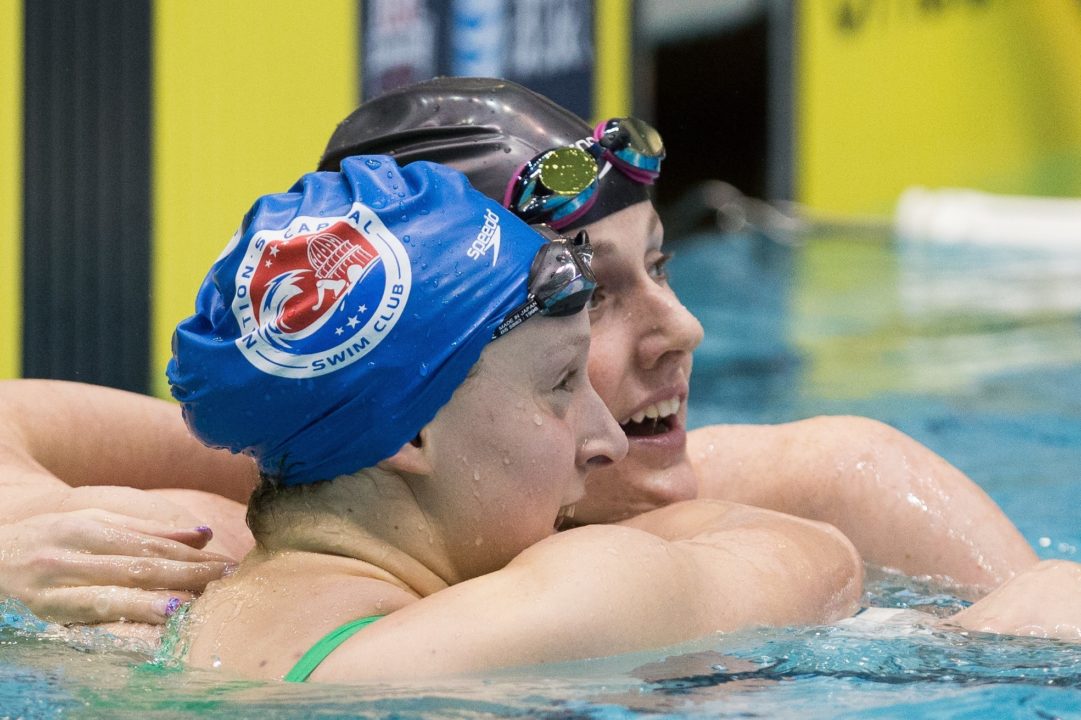 Katie Ledecky (front) and Missy Franklin (back) were two of the top 10 athletes in the world in 2013, according to EuroSport. Archive photo via Tim Binning/TheSwimPictures.com

A pair of American female swimmers were ranked in the top 10 of Eurosport’s world athletes of 2013 list.

Swimming was one of only two sports to get a pair of nods on the list, along with Tennis who had one male (Rafael Nadal) and one female (Serena Williams) make the ranks.

Ledecky won four gold medals at the Barcelona World Championships this summer, sweeping the three longest freestyles (400, 800, and 1500) and adding on another as part of  a resounding American effort in the 800 free relay. What’s more, in the 800 and 1500 she destroyed World Records, and came close as well in the 400, becoming just the second woman to ever break four minutes.

At those World Championships, swimming’s premier meet of 2013, Ledecky beat out Franklin for Swimmer of the Meet honors.

You talk here about the rankings made by Eurosport France.
Wow! Bolt first! Amazing surprise! He’s the French media darling.

That is great company to be with for both of the young women.