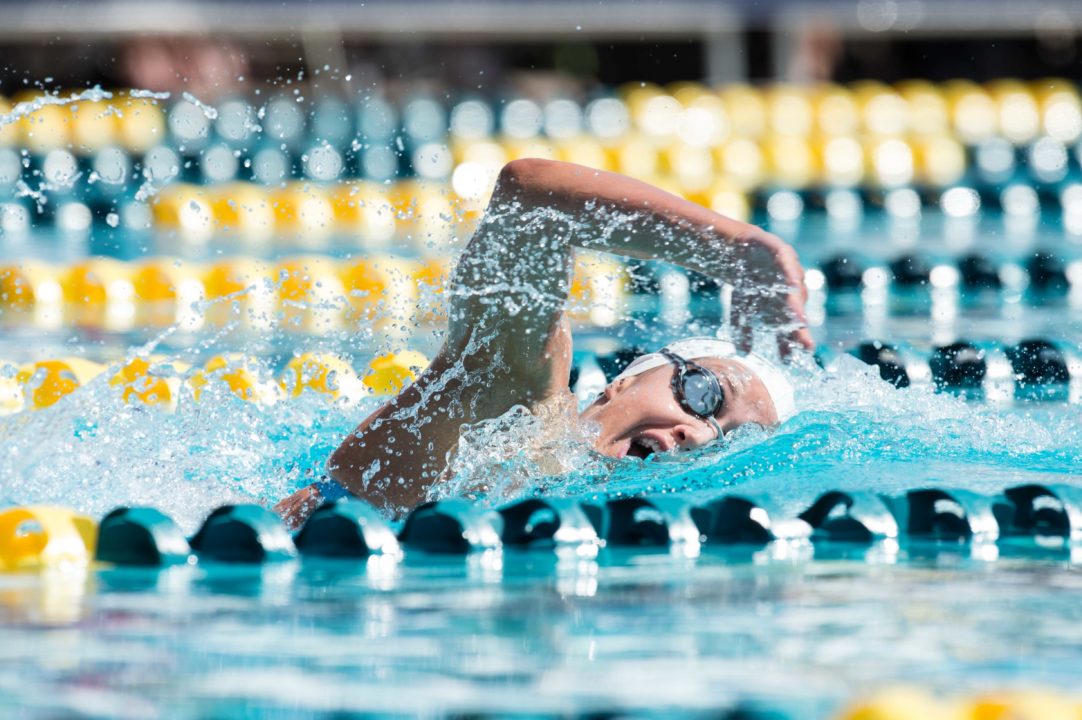 Katie Hoff has withdrawn from the US Team for FINA World Short Course Championships in December. Archive photo via Mike Lewis/Ola Vista Photography

Katie Hoff declared today that she would be withdrawing from the US Team headed to Doha, Quatar on December 3-7 for the 12th FINA World Swimming Championships (25m).

Hoff was on the comeback trail last summer, swimming quite well until US Nationals in August. As we reported at that time, she scratched out of all but her first event at Nationals, attributing it to an “intercostal strain.”

“I am disappointed to share that I have decided to withdraw from the SC Worlds team. The opportunity to represent Team USA in international competition is an honor but I do not believe it would be right for me to do so when I am not 100%.

As many of you know, I had to withdraw from my events at US Nationals earlier this summer for what was initially diagnosed as an intercostal strain, but I have since learned that I was dealing with two blood clots in my lungs. As a precaution, I have been advised to avoid international air travel for the time being.

In 2008, American swimmer Kristen Heiss famously competed at, and finaled at, the 2008 Olympic Trials, shortly after being released from the hospital with similar blood clots; however, as Hoff alluded to in her statement, blood clots can be of special risk on long flights due to the immobility typically had on an airplane, even for those without any prior health conditions.

Hoff had been nearly back to top form last summer. Many of her times were very close to her best, and she did post new all-time PBs in the 100y back, 100m breast, and 200m breast.

Here is a side-by-side comparison of her best swims from the 2013-14 season vis-à-vis her all-time bests:

Tennis player Serena Williams has had similar PE problems, and with careful medical management made a return to top form, including a US Open win this year. Here’s hoping that Hoff’s health problems are similarly manageable and she makes a full and strong recovery.

Best wishes to Katie for a full and complete recovery

😥
Katie, take time to fully recover and come back stronger.
The important year is 2016. I know you can do it! 🙂