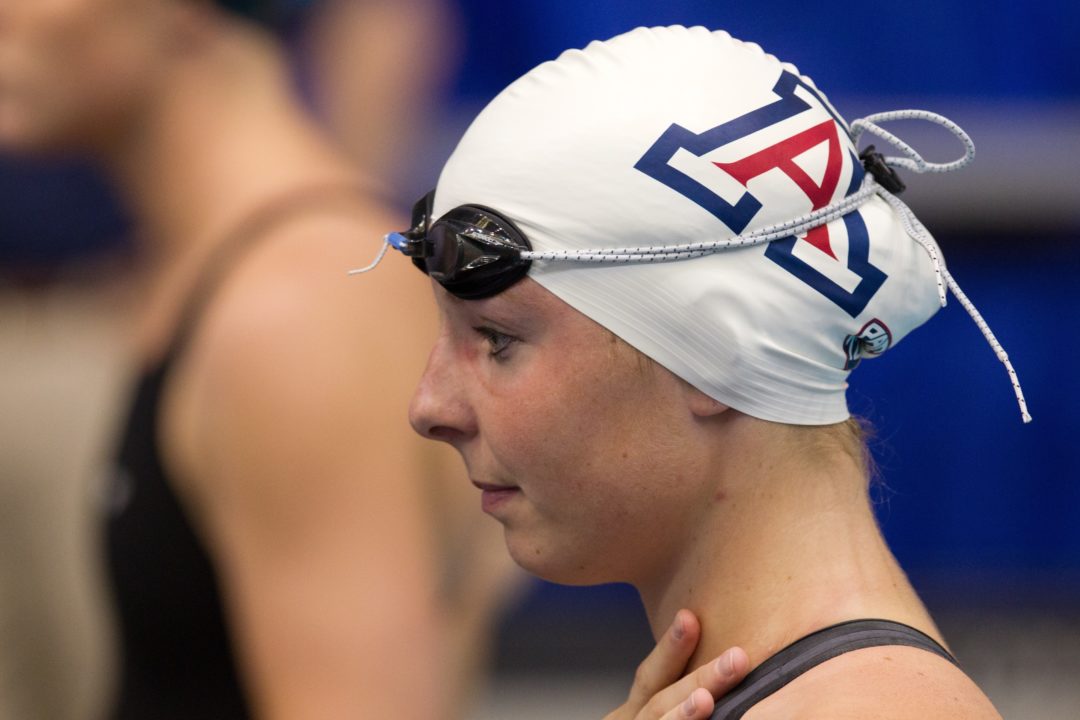 Kait Flederbach transfers to Indiana University for her last year of eligibility, after being released from the University of Arizona. (Photo Credit: Tim Binning, TheSwimPictures)

Former Arizona Wildcat Kait Flederbach has been granted a release from the University of Arizona, meaning that she will transfer for her one remaining year of eligibility. She has decided to go back to to her home state and swim for Indiana University.

Flederbach’s biggest headline-stealing performance, though, was when she finished 6th in the 50 free at the 2012 Olympic Trials. She swam a 25.1 and almost joined the very rare American in the sub-25 second class. She finished 11th at this year’s World Championship trials.

Indiana University finished 11th at last years NCAA championships as a team, but lacked depth in the sprints. They did not swim the 200 freestyle relay and the 200 medley relay finished 15th. Their freestyler split a 23.03. Flederbach’s best time in the 50 freestyle from a flat start last season was 22.3. She will have an immediate impact on all of the relays, and the individual sprint events as well.

Flederbach is originally from the Indianapolis area, where she swam for Westfield High School and Viper Aquatics.

Does anyone know why she was released? And was it her doing or the university’s?

Why was she released?

Release refers to the school giving permission to be eligible to swim for Indiana this coming winter and not have to sit out a year. They usually do that when you go out of conference.

Why the heck IU? She gonna cut some limestone?