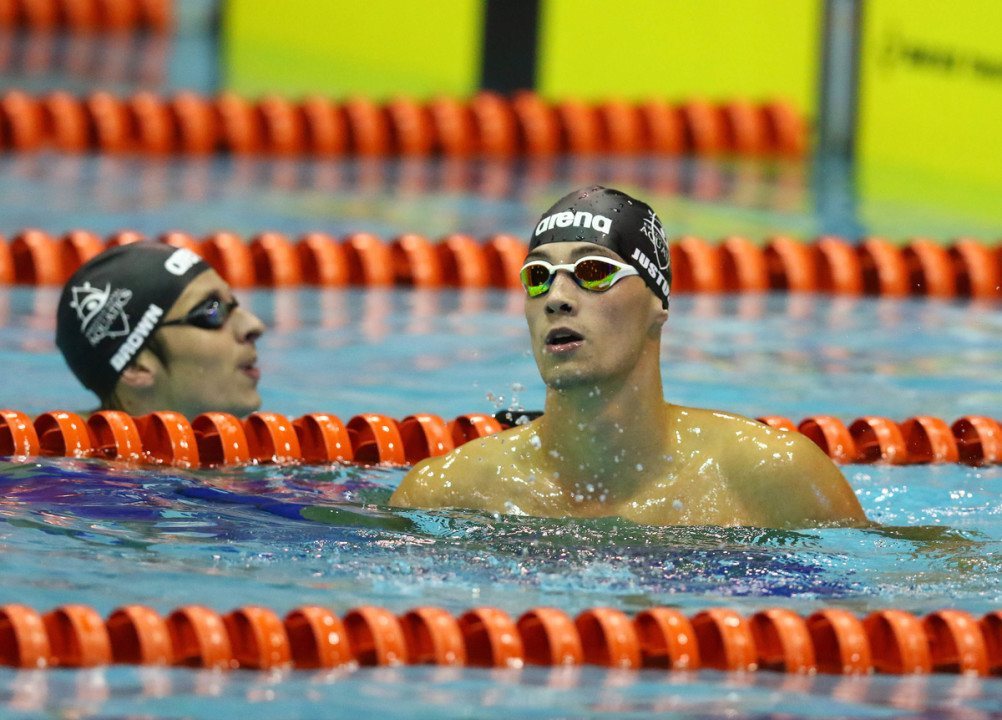 Calvyn Justus and Doug Erasmus both took gold in Durban to wrap up 2018. Archive photo via Anesh Debiky/Swim SA

2016 Olympian Calvyn Justus medaled in 2 individual events at this week’s KZNA Provincial Championships in Durban, with both prizes coming in sprint freestyle events. The 22-year-old first collected silver behind countryman Doug Erasmus in the 50m free, with Erasmus scoring a winning time of 21.90 to represent the only athlete of the field to go sub-22. Justus touched about a half a second later in 22.44.

Justus soared to the top of the podium in his 2nd event of the 100m free, taking the gold in a mark of 48.38. The next closest competitor was Seagulls teammate Daniel Ronaldson, who touched runner-up status in 49.32, while Matthew Bosch rounded out the top 3 in 49.55. For Justus, his time tonight represents a new personal best, surpassing the 48.61 that he threw down in 2016.

Gallagher holds her nation’s LCM standard in the 50m free with the 25.03 she threw down for 5th place. Also on the Gold Coast, 19-year-old Gallagher established a new South African Record in the 100m free, clocking 54.23 for 6th.

Most recently, the rising teen finished 8th in the women’s 100m freestyle final in Hangzhou.

Where is the breastroker that sat out first semester from Tenn? I don’t think he went to SC Worlds either.

Awesome to see Justus make a huge drop like that the move to usc must be paying off.

This meet is short course