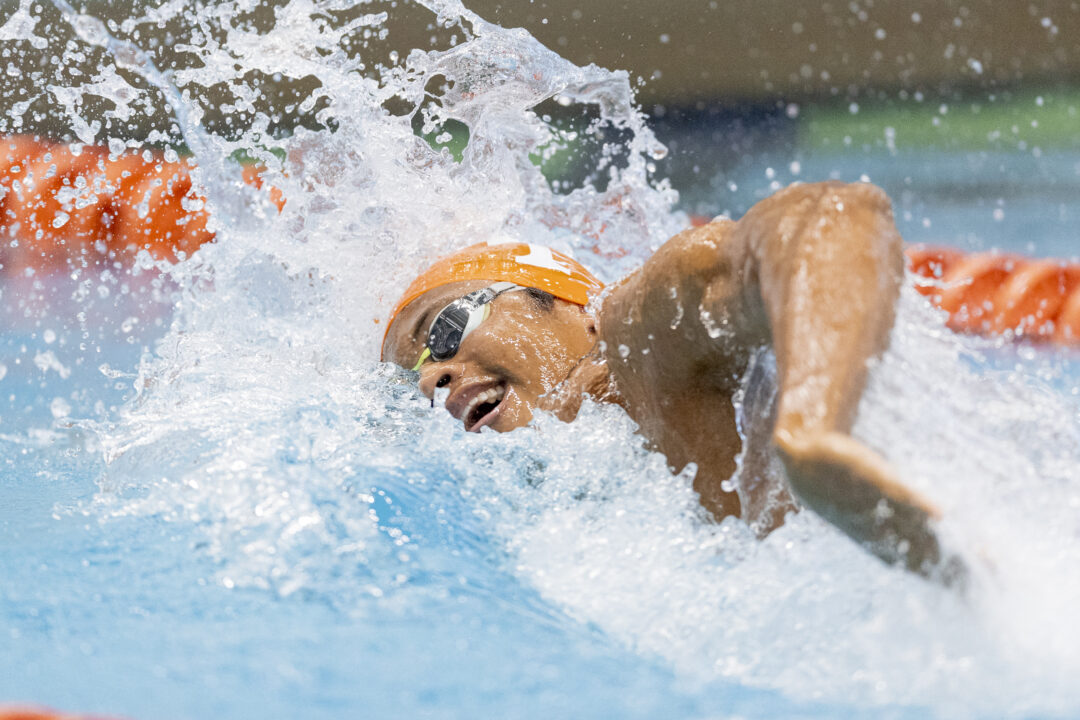 Crooks won three individual events and was a part of five winning relays at the 2022 Tennessee Invitational. Archive photo via Andrew Ferguson/Tennessee Athletics

Tennessee’s Jordan Crooks, a sophomore from George Town, Cayman Islands, won three individual events and was a part of five winning relays at the 2022 Tennessee Invitational. Crooks set two individual program records (50 free, 100 fly) and was a member of three relays (200 free, 400 free, 400 medley) that notched the fastest times in Tennessee history. He posted the nation-leading time of 18.27 in his leadoff 50 free split of the 200 free relay, which posted the second-best time in the country (1:15.32). Crooks also recorded the top times nationally in the 100 free (41.29) and 100 fly (44.79) during the weekend.

Tennessee’s Bryden Hattie, a junior from Victoria, British Columbia, Canada, took the top spot on the platform at the Tennessee Invitational with a score of 402.50, winning the event by more than 18 points. On the springboards, Hattie placed second overall with scores of 364.75 on the 1-meter and 392.05 on the 3-meter.

Kentucky’s Kyndal Knight, a fifth-year from Stanley, N.C., swept both springboard events at the Ohio State Invitational. Knight finished with a score of 329.25 on the 1-meter and 382.30 on the 3-meter. She was also runner-up on the platform, posting a final score of 314.45.