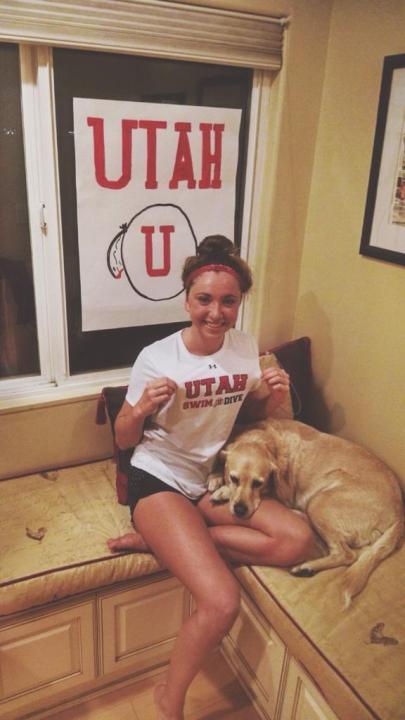 Jordan swims for the Sierra Marlins Swim Team out of Fulsom, California, along with Granite Bay High School. She probably takes more after middle sister Haley, an Olympian in the open water event and a standout in the distance races, than her oldest sister Alyssa, who made the 2012 Olympics as a member of the 4×200 free relay.

Jordan seems to get better as the distances go up, and should be an immediate factor for Utah in the 1650, which she’ll probably pair with the 500 free and 400 IM.

That makes her an excellent pickup for the Utes, who are still rising under second-year head coach Joe Dykstra. Anderson’s mile time would have scored at last year’s Pac-12 Championships, placing 14th, and she would have also been just on the edge of scoring in the 400 IM, where her lifetime best would have placed her high in the C final.

Anderson also qualified to swim the 5K at Open Water Nationals this past June, where she took 21st overall. That race was won by her older sister Haley.

Anderson’s commitment was followed by shout-outs on Twitter from both of her sisters, very proud of their younger sibling:

So proud of @jordi_jordan for committing to Utah! Watch out world the next Anderson is coming! #GoUtes #proudsis pic.twitter.com/pWh9t46Drh

Yay! Congrats to Jordan! It’s great to have you here in Salt Lake City! I hope you love it, as most seem to! Best of luck to you and your career at the U!