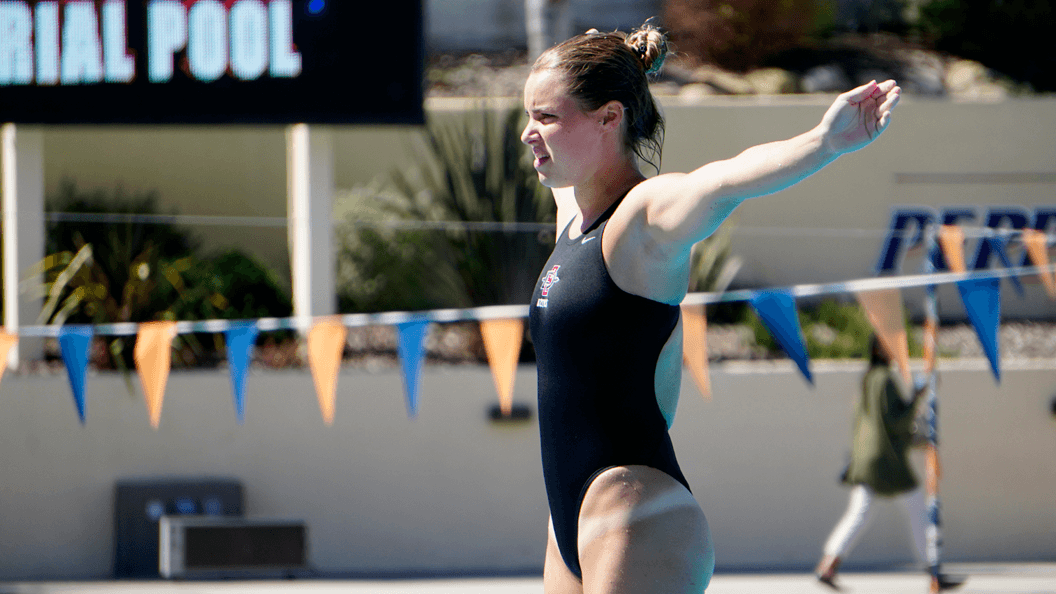 COLORADO SPRINGS, Colo. – The Mountain West announced today that Wyoming’s Lainee Jones and San Diego State’s Delaney Gallagher earned the MW Swimmer and Diver of the Week, respectively, for action through Oct. 8. It’s the first time that the pair are receiving the weekly honor.

WOMEN’S SWIMMER OF THE WEEK
LAINEE JONES, WYOMING
Freshman, Pueblo, Colorado / Pueblo South HS
• In her first dual meet as a Cowgirl, Jones swam the 100-yard freestyle, 200-yard freestyle and 400-yard freestyle finishing with times of 53.33, 1:54.47, and 3:32.84, respectively.
• Her 200 and 400 times were good for first-place finishes and in the meet scored 23 points to help Wyoming to a 155-145 team victory.
• At the Denver Relays, against Denver, Western State and Colorado School of Mines, Jones swam in four relays that accounted for 52 of the Cowgirls 176 points. Wyoming finished as a team in second place.

WOMEN’S DIVER OF THE WEEK
DELANEY GALLAGHER, SAN DIEGO STATE
Junior, McLean, Virginia / McLean HS
• Took first place in both diving events at the Chick-Fil-A Invitational hosted by Fresno State.
• In the one-meter springboard, posted a score of 282.25 and on the three-meter springboard earned a score of 278.55.
• Her one-meter dive score met the NCAA qualifying standard.