Joe Patching, Amber McDermott are SEC Swimmers of the Week for Nov 4 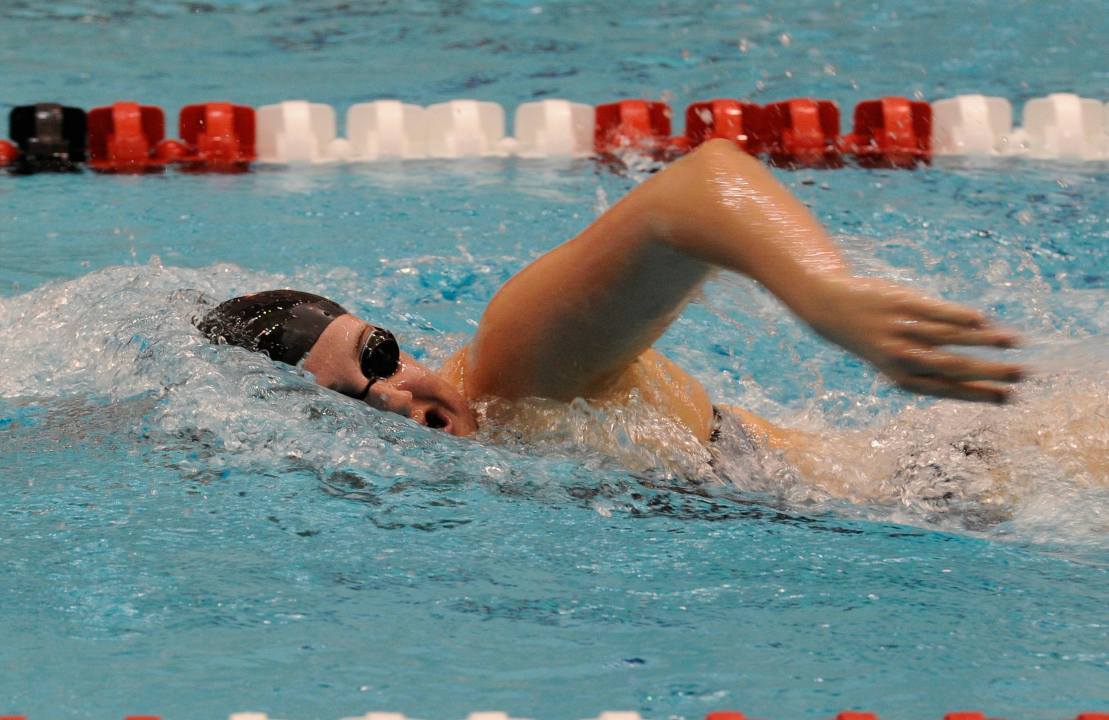 The Georgia Bulldogs earned half of the SEC's weekly swimming & diving awards this week, including Female Swimmer of the Week from Amber McDermott (pictured). Archive photo via John Kelley and Georgia Swimming & Diving

The Georgia Bulldogs earned half of the SEC’s weekly swimming & diving awards this week, including Female Swimmer of the Week from Amber McDermott.

McDermott, a senior with the defending NCAA champs, won both distance free races this weekend as Georgia crushed SEC rival Florida. Her time of 9:43.00 in the 1000 moves to the top of the NCAA rankings for the year, displacing teammate Brittany MacLean. Her 500 free (4:46.79) is also 3rd in the nation.

On the men’s side, it was Auburn’s Joe Patching who took the top honor. Patching, a sophomore, won three times in Auburn’s triangular with Alabama and LSU. Swimming in hostile territory – on the Alabama Crimson Tide’s campus – Patching won the 200 free, 200 back and 400 IM to help the Tigers come home with two big wins. His 200 back ranks 5th in the NCAA this year, and he put up the 4th-best 100 back time in the nation while leading off the winning 400 medley relay.

Georgia also took home Female Freshman of the Week honors with Kylie Stewart. One of the nation’s top freshmen already this season, Stewart kept her momentum rolling with two individual wins against Florida. Stewart swept the backstrokes in 53.42 and 1:55.54, beating one of Florida’s top swimmers, Sinead Russell, in both.

The Bulldogs also saw Ian Forlini earn Male Diver of the Week honors. He won twice to sweep the diving events for the men, who also beat Florida, the first time they’d beaten the Gators in the past seven meetings.

Female Diver of the Week went to LSU’s Alex Bettridge, who swept the diving events for the women at the Auburn-Alabama-LSU triangular. She scored over 300 on both boards and earned her 2nd and 3rd wins of the season. Meanwhile Tennessee’s Sam McHugh was named Male Freshman of the Week thanks to his three victories in the triangular against Indiana and Kentucky. McHugh is showing off his versatility in his rookie season, winning the 200 fly, 500 free and 400 IM. That 200 fly ranks him 5th in the nation this season.