Joanna Maranhão, One of Brazil’s Best Ever, Announces Retirement 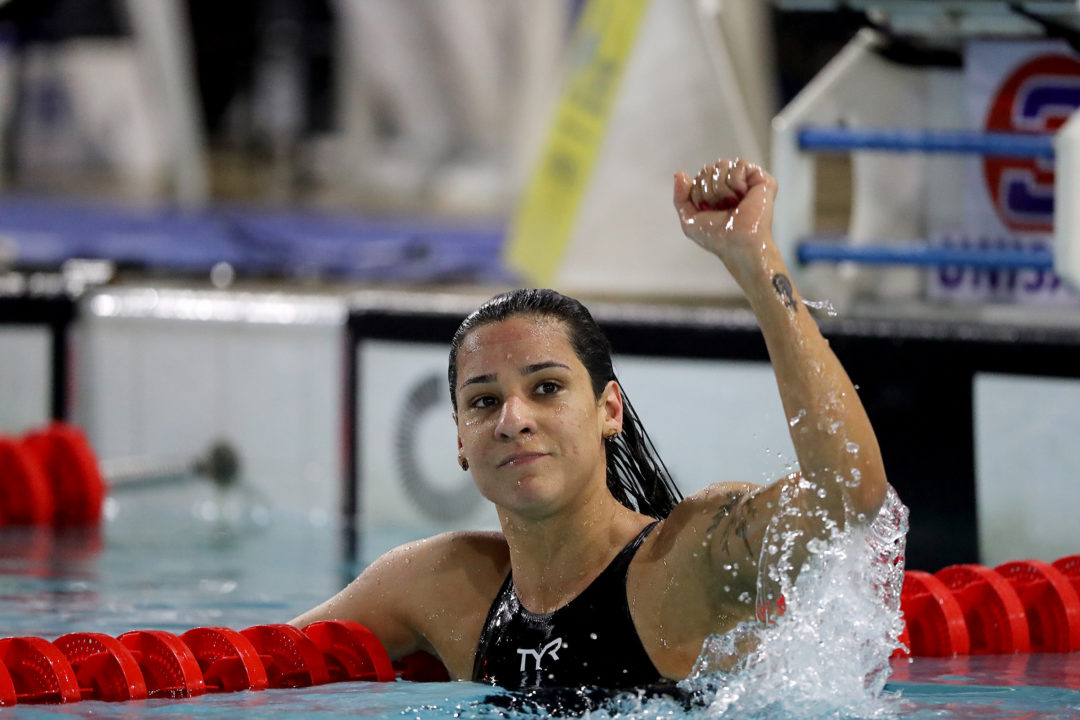 Joanna Maranhão retires as the holder of 12 Brazilian and 9 South American Records in swimming. Archive photo via Satiro Sodre/SS Press

One of the best female swimmers in Brazilian history, Joanna Maranhão, has announced her retirement from competitive swimming. The 31-year old Maranhão made her announcement jointly via Twitter and on television on Friday.

Maranhão retires as the holder of 12 Brazilian Records, 8 of which were also South American Records. She made her first Olympic final in 2004 at the age of 17 when she finished 5th in the 400 free. That was her country’s first Olympic final in women’s swimming in 68 years, and at the time it tied as the best-ever finish by a Brazilian female swimmer at the Olympics, and to this day remains tied as the highest-ever pool finish by a Brazilian female swimmer.

She won 8 Pan American Games medals in her career. 3 of those were silver, including an individual 400 IM silver, and 5 were bronze. She also won 5 South American gold medals and 1 further bronze.

The announcement comes after Maranhão had a miscarriage last year. In her retirement, she said that she’s sought therapy to come to peace with her decision and to deal with bouts of depression and the trauma of being sexually abused at the age of 9.

The announcement coincides with the launch of a new project in Belo Horizonte, the Joanna Maranhão trophy, that launched this weekend. The aim of the social project

In her last Olympic Games, in front of a home crowd in Rio, Maranhão swam the 200 fly, 200 IM, and 400 IM, but was unable to advance out of the prelims of any of those races.

After US Nationals I’m guessing there’ll be few more retirement announcements or some big time reassessment of training habits.