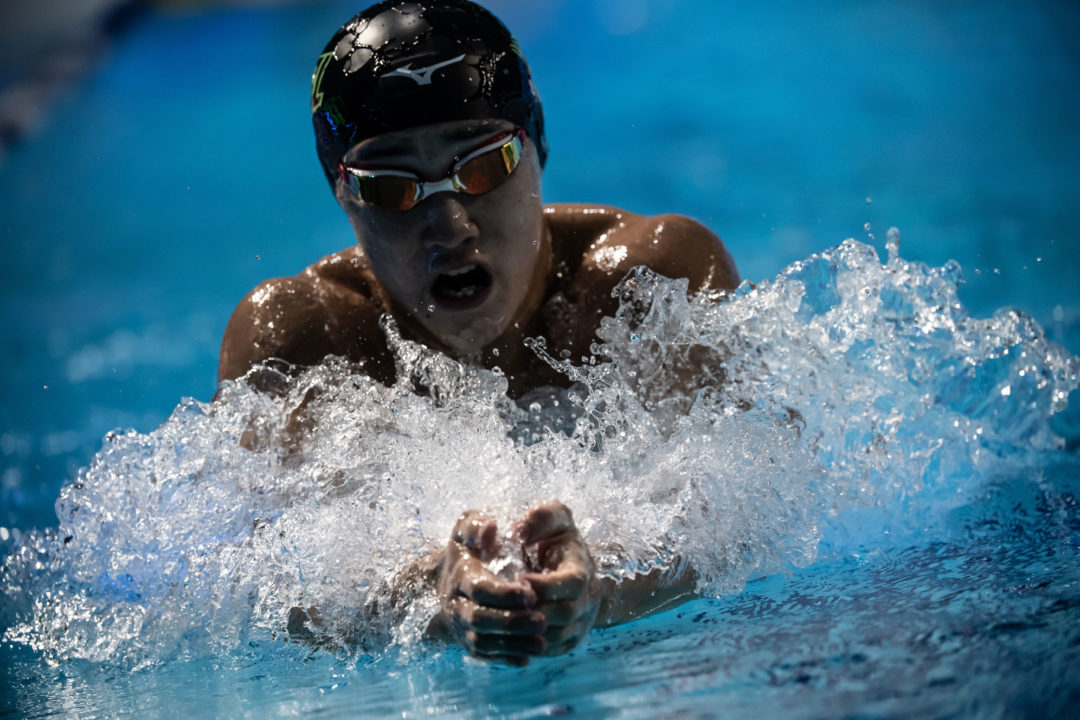 20-year-old Shoma Sato owns 3 of the top 10 fastest performances ever in the men's 200m breaststroke yet was a non-factor at the Olympic Games. Archive photo via Mike Lewis/Ola Vista Photography

20-year-old Shoma Sato of Japan was primed to do some damage at this year’s Olympic Games in his home nation of Japan.

In 2021, the Keio University student-athlete had already dipped under the 2:07 threshold three times in his signature event of the 200m breaststroke, entering the Games with all three of those performances ranking among the 10 best swims ever.

However, when the Olympics came around, Sato wound up being a non-factor. Instead of replicating a performance to the tune of his 2:06.40 from April’s Trials, Sato missed out on the final entirely, registering just 2:09.04 for 10th place out of the heats.

Any number of variables factor into why an athlete does or does not race to expectations, whether their own or someone else’s, at the biggest competitive sporting event on the planet.

For Sato, specifically, however, he has since revealed that he was dealing with, and is still afflicted with, a hernia in his lower back resulting from a stress fracture. The swimmer said that it caused significant pain when crouching or turning, whether on land or in the water.

His coach at Keio, Kenji Saijo told SwimSwam this week that Sato engaged in physical therapy leading up to the Games and his injury ‘100 % impacted’ his performances in Tokyo.

Sato competed recently at the Keio/Waseda dual where he put up a time of 2:12.95 to take the 200m breaststroke and 1:00.85 to top the 100m breaststroke podium after just a week of being back in the water practicing. He is still undergoing physical and medicinal therapy, including injections.

The breaststroking ace was a member of the Tokyo Frog Kings during the team’s International Swimming League (ISL) debut last season but is not listed on any team for season 3 which just kicked off last week.

Hope he makes a full recovery.

And what was the problem for Matsumoto?

This may have been the case with Sato, but it seems that the Japanese team as a whole somehow missed their taper. Apart from the obvious exception of Yui Ohashi, the vast majority of their swimmers were well off their best times.

Honda had a good meet

Honda is a god

The Short King we don’t deserve

ah, explains quite a bit