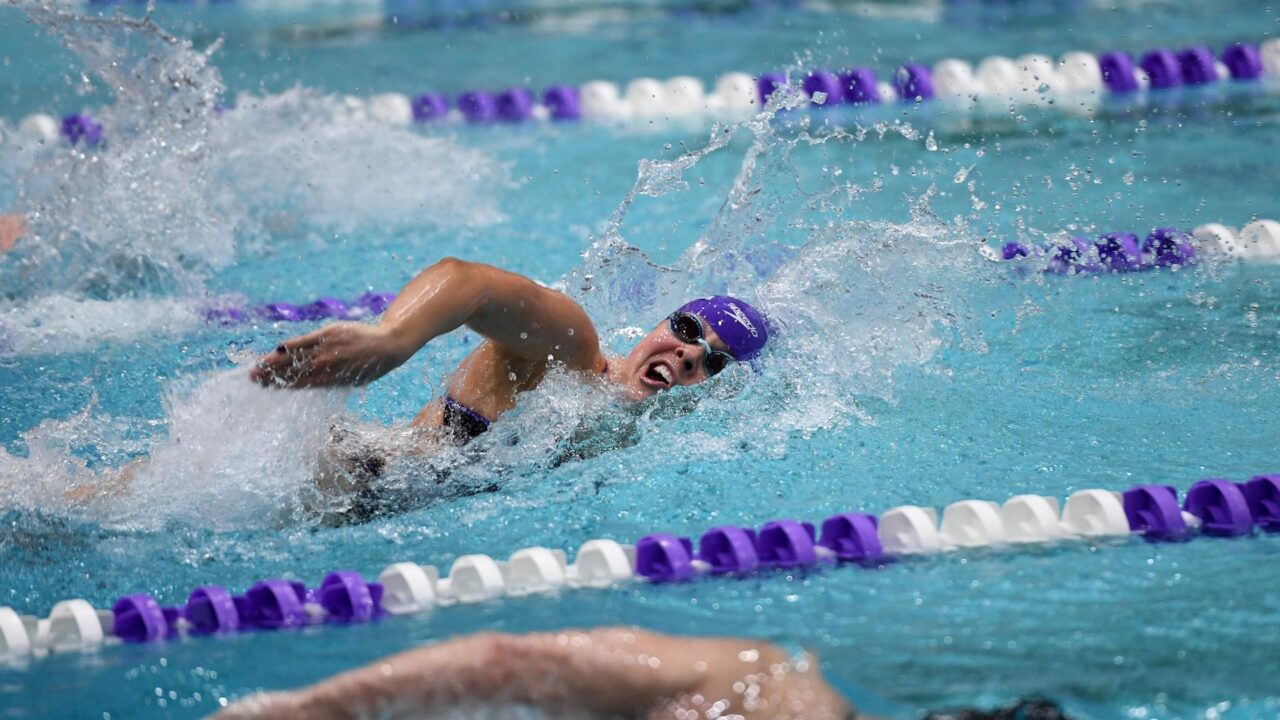 Jess Pryne, a transfer from LSU, swam the fastest time in the CAA this season in the 400 IM after being blocked from racing at the conference championships. Archive photo via JMU Athletics

JMU sophomore Jess Pryne broke the  own School Record in the 400 IM twice on Saturday.

Pryne is a transfer from LSU and has had a massive breakout since joining the James Madison team. Her best 400 IM time at LSU was 4:16.6 (slower than her high school best), and she is now four seconds faster.

Pryne’s swim is the fastest in the CAA this season by four-and-a-half seconds. Only one swimmer in CAA history, Towson alumnus Meredith Budner in 2011 (4:10.67) has been faster.

While the bulk of the Columbia men’s team was wrapping up a 5th-place finish at the Ivy League Championships, a handful of Lions were racing at ECACs.

That time by Apodaca would have qualified him for the B-Final at the Ivy League Championships.

One race later, Columbia junior Andrew Fouty won the 100 fly in 48.00. His best time coming into the meet was 49.84 that he swam while still in high school in Alabama. That time would have made him Columbia’s second-fastest swimmer in the Ivy League finals among eight scoring swimmers.