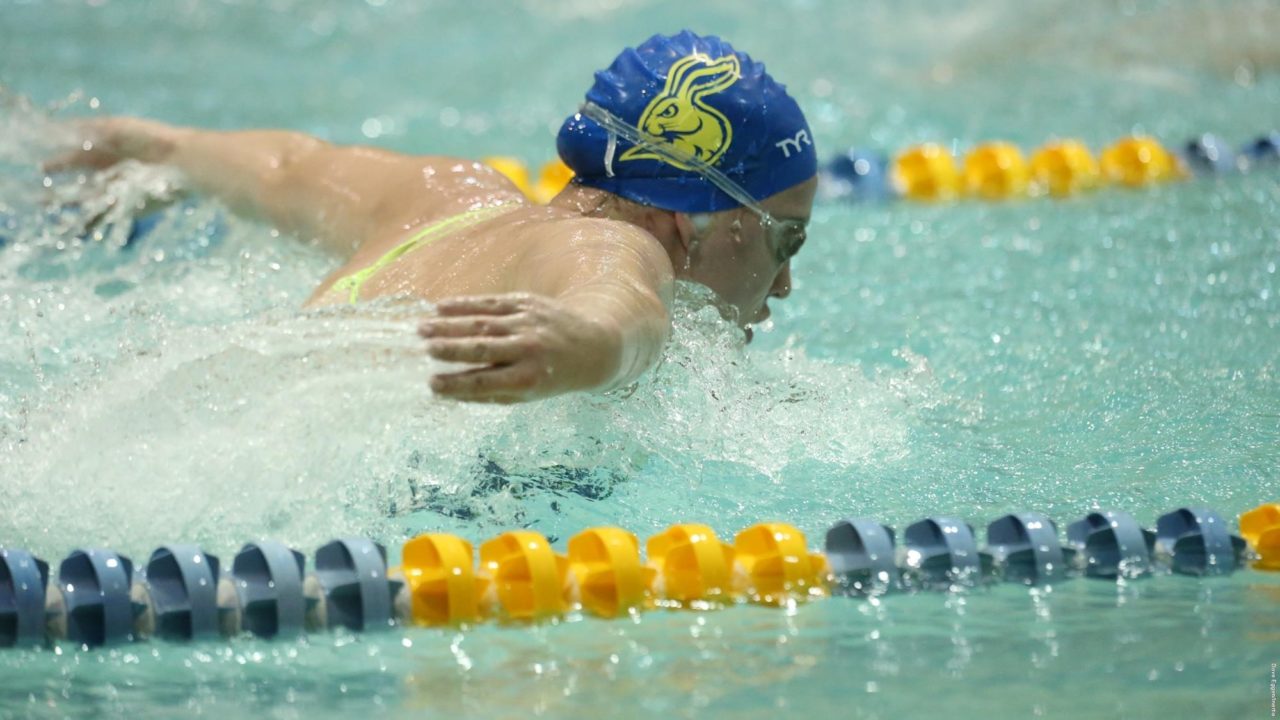 Additionally, 12 times individuals moved up the Coyote Top 10 list and three lowered there already school record times that they owned. The South Dakota men topped the four-team field with 1,859.5 points while the women’s team finished second in an eight-team field with 1,251 points.

South Dakota captured 10 individual races during the meet while the men’s team swept all five relays, setting school records in the 200 and 400 free relays. The women’s team won the 200 free relay.

Jake Leichner won a pair of races, lowering his school record time in the 200 IM to 1:49.66, while also taking first in the 200 breaststroke with a new personal best of 2:00.85. Leichner anchored the 400 free relay to victory in a new school record time of 2:59.15. The foursome, which included Charlie Bean, Zach Kopp and Cooper Fuchs became the first in school history to break the three-minute mark in the event.

The men’s and women’s teams combined for 34 top three performances individually in the meet.

This meet served as the final competition during the first semester for the Coyotes.

“What a great exhibition from this team this weekend,” said Head coach Doug Humphrey. “We had performances that rivaled our top performances from the of end last year and I am very proud of how this team has come together and raised the level of success we’ve enjoyed so far. I look forward to the best part of our season, and that is the second half.”

Ashley Theobald broke the 100 IM school record with a time of 57.22, passing the previous mark of 57.33 set by Kristin Erf in 2018. The Jackrabbit women tallied 7 record-breaking swims over the course of the three-day event.

Alyssa Eckstein finished second in the 200 breast with a season-best 2:19.65 mark.

Up Next
The Jacks will next compete in the new year with their next event scheduled for Jan. 17 when the women travel to Iowa State for a dual meet at 5 p.m.