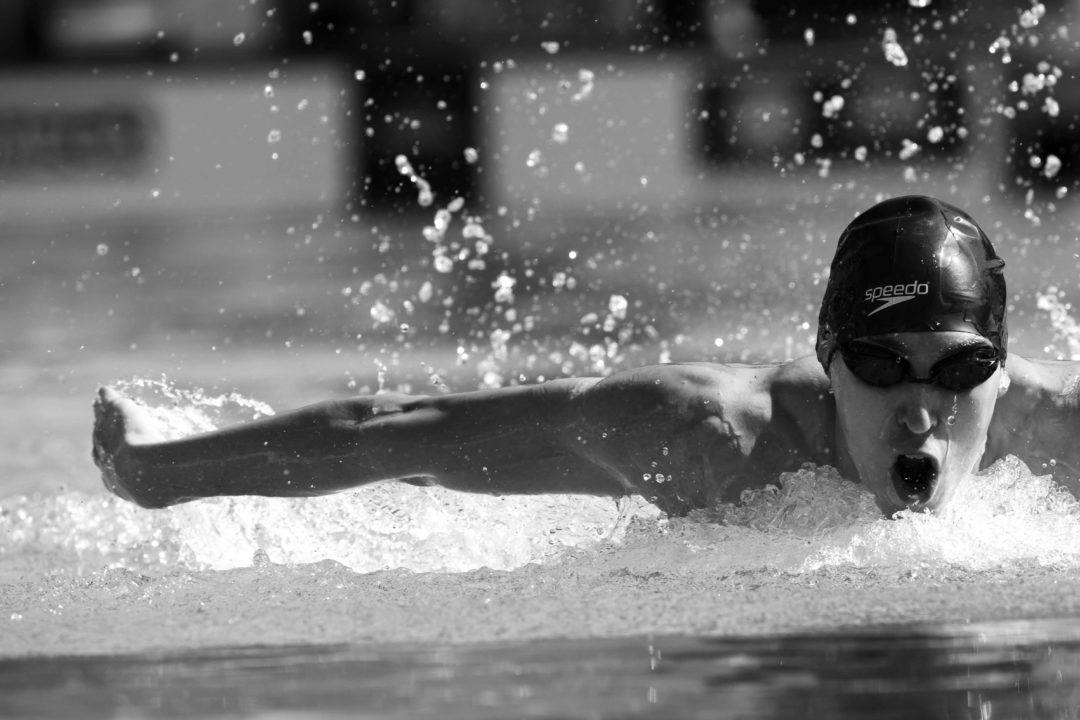 Jack Dahlgren lowered his NCAA-leading 200 back time by .01 at the Mizzou Invite prelims in 1:40.96. Archive photo via Mike Lewis/Ola Vista Photography

Missouri senior Jack Dahlgren continued his standout showing at the 2021 Mizzou Invite during Friday’s preliminary session in Columbia, improving his NCAA-leading time to qualify first into the men’s 200 backstroke final.

Dahlgren, who posted the top time in the nation at 1:40.97 two weeks ago in a tri-meet against Michigan and Purdue, clocked in at 1:40.96 to clip .01 off that NCAA-leading time and lead the heats by more than three and a half seconds. He is the only swimmer sub-1:42 this season.

Dahlgren won the men’s 200 free last night, was the runner-up in the 50 free on Wednesday, and has contributed on three winning relays for the Tigers through the first two days of competition.

Another Kate Lundsten/ Minnesota backstroker. I don’t know the statistics, but the backstroke pipeline from that state is off the charts.