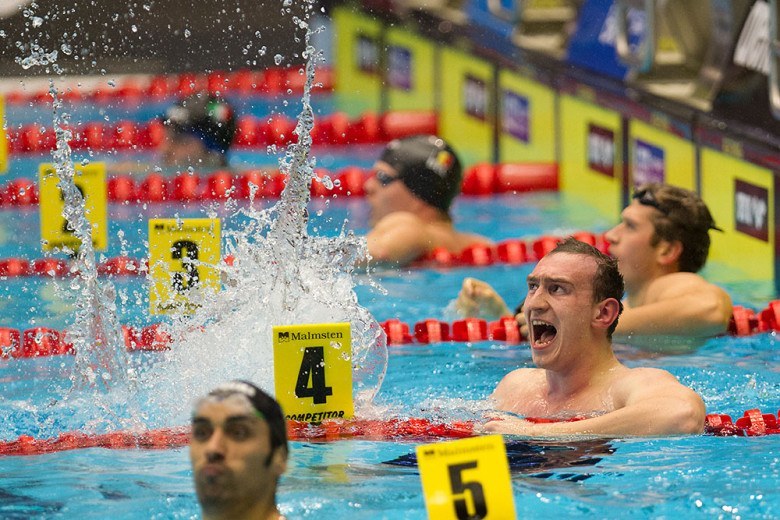 Kazan, Russia, November 9, 2014 –  The second night of the five-day Russian Nationals meet did not disappoint, as several world-ranking short course times were logged throughout the events.  Starting things off in the men’s 400m IM event, Semen Makovich led the field with a time of 4:03.91, which now sits at seventh in the FINA world rankings.  Second place finisher Alexander Tikhonov now rests at the number nine ranked spot in the world, as he clocked a swift 4:05.56.

The men’s 4 x 200 free relay is where the real fireworks happened, where Danila Izotov led off his Krasnodar teammates with a world-leading 1:41.48 200 freestyle split.  This time now sits atop the world rankings, ousting the previous number one, Thomas Fraser-Holmes, whose time of 1:41.92 from Doha back in August.

The final event of the night was the mixed 4 x 50m medley relay, where Saint Petersburg earned the win in 1:40.77.