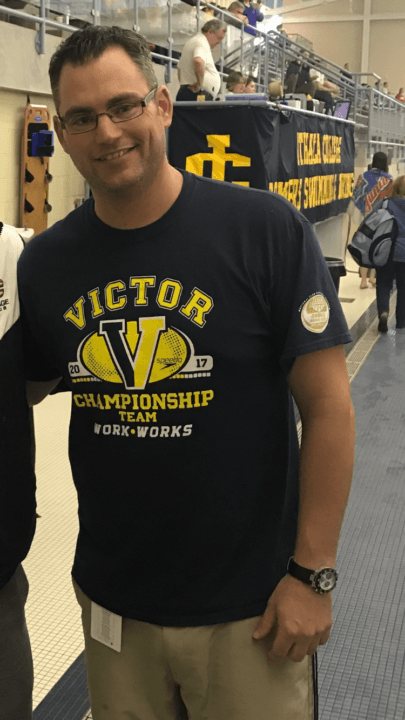 Islander Aquatics will look to Murray to help Co Head Coach, Marc Danin, lead the team toward continued success and seek to further develop age group progression into senior level swimming and beyond.

After years of watching Mike Murray at Marist Swim Club in the early 2000’s, Mercury Swimming and most recently, leading Victor Swim Club to a Bronze Medal club; I’m so excited to bring him back to the Metropolitan LSC and introduce him to our Islanders Aquatics family. I’m personally very excited to work alongside him as Co-Head Coach.

“I feel extremely fortunate to have the opportunity to work with Islanders Aquatics and Marc Danin. I’m extremely excited to move back into the Metropolitan LSC, where I began my coaching career and I’m looking forward to contributing to success that Marc has already created within the program. Our goal will be to inspire each athlete to reach their fullest potential and to teach the fundamentals toward the consistent pursuit of excellence, in swimming and in life.”

Mike coached my “introduction to competitive swimming” class for seniors at the Perinton Recreation Center. You have no idea how lucky you are! He is fabulous!! Congratulations!

Getting one heck of a coach that cares about his athletes and our sport!

“This is what you do”
Four years ago I made this statement to you sitting under the flag @ GHS.
I wished you good luck shook your hand and and you went to VSC.
Not surprised that JZ followed you.
Now what?
Not sure.
I’m happy for you Mike because this is what you do!
Work works.
For ever greatful and thankful,
Frank

Congrats, buddy. Excited for you!