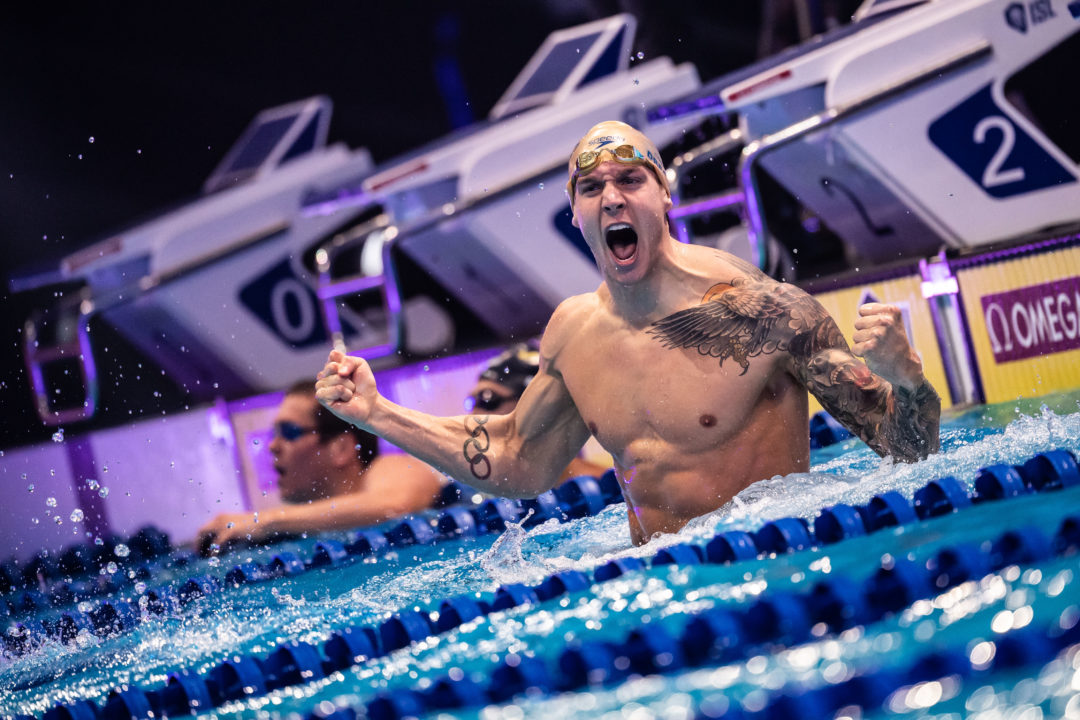 Caeleb Dressel, the 2020 ISL MVP, will return to represent the Cali Condors for the 3rd straight season, kicking off in August in Naples, Italy. Archive photo via Mike Lewis/Ola Vista Photography

The International Swimming League (ISL) has announced the launch of ticket sales for Season 3 of the league’s history.

The regular season will take place from August 26 to September 30 in Naples, Italy. The dates and location for the semi-final and final rounds have not yet been confirmed.

Tickets will range in price from 10 Euros up to 40 Euros ($12 to $48), which is a similar range that season 1 tickets were sold for. Season 2 did not have spectators, as athletes competed inside a protected ‘bubble’ on Margaret Island in Budapest, Hungary.

The event will be held in the 4,500 seat Piscina Felice Scandone. During the initial season in 2019, where the league rotated sites for each meet, there were about 1,500 spectators daily at the Naples meet.

The ISL says that they will allow spectators in alignment with local regulations at the time of the events.

In Italy, currently, there is an indoor spectator limit in sporting events of 500 people. Like much of the world, though, low vaccination rates and the new, more viral, Delta Variant has created a spike in COVID cases. This caused the Italian prime minister on Thursday to declare a renewed State of Emergency until December.

SwimSwam Italia’s Giusy Cisale, who lives in Naples, says that she believes it is likely that regulations in August will require proof of vaccination or a negative COVID-19 test to enter the venue.

Italy is currently averaging 3,449 new daily cases of COVID-19 over the last week.