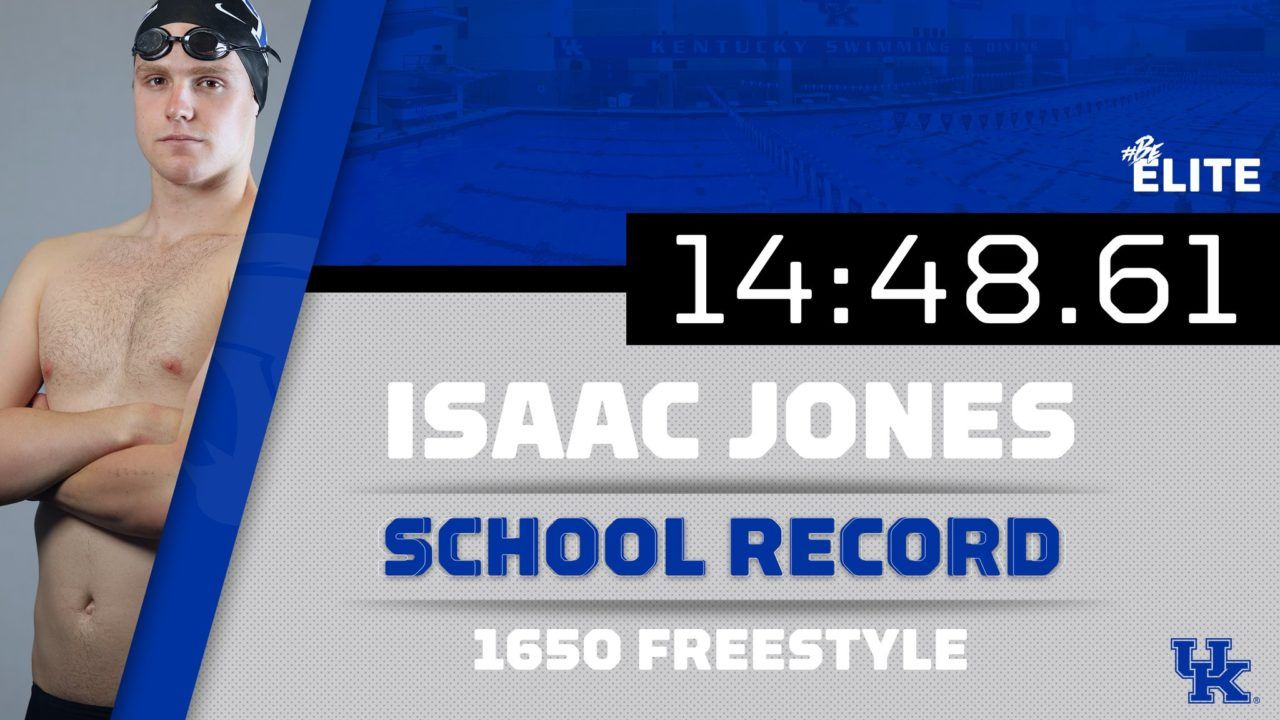 Australian-born senior Isaac Jones broke his own University of Kentucky record twice this weekend at the Ohio State Invitational, swimming a 4:14.77 in prelims and a 4:14.74 in finals. That blew-away his own school record done last season in 4:17.52.

Jones, a distance swimmer like his head coach Lars Jorgensen,hasn’t yet qualified for the NCAA Championships. Based on historical qualifying times, though, he should fly into the meet this year with a chance to do serious damage. He now ranks 4th in the NCAA this season in the 1650 and 2nd in the 500 free (based on times currently in the NCAA database, plus Ohio State Invite results).

Seidt also swam a 1:50.67 in the 200 back, which was about a second shy of her school record in that event. Bonnett, who now holds both school breaststroke records, is only a freshman.

Below, Jones speaks at the end of the Ohio State Invite, talking about what his expectations were for the meet, and a reaction to his big swims. Below that is an interview with Asia Seidt after a 2-record performance of her own.

Could be a bolter for commonwealth trials

I’m confused, how can Seidt’s 200 back time be a lifetime best, but still a second shy of her own school record. That makes zero sense.

I think it meant to say that it was a second off of the school record. It was a PB for Seidt, but Danielle Galyer I believe has the record at a 1:49 mid to high, which would make more sense.

I think Seidt actually has the record from last years’s NCAA meet. I know she went at least a 1:49; I don’t know if it was fast enough to break Galyer’s record. 1:50.67 is definitely not her best time.

Can tucky be 4 reel? Me thinks so. With Coach J both recruiting great AND developing talent…this team is on the rise! Good to see the Wildcats swimming great!