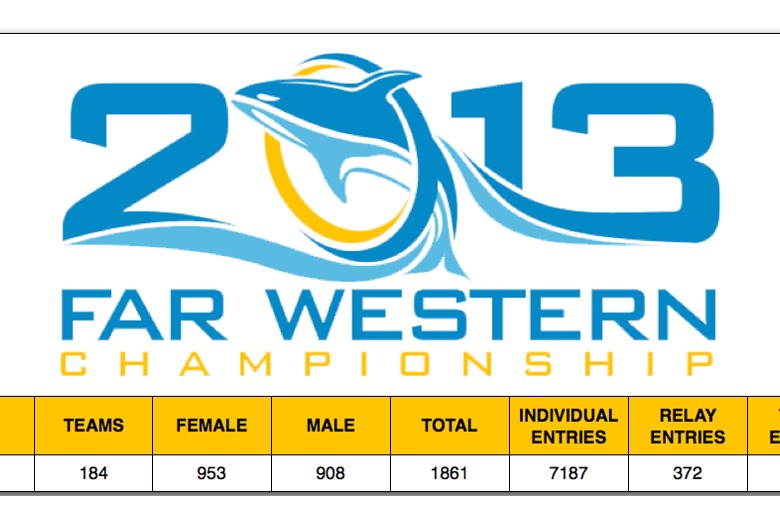 This past weekend at the 2013 Far Western Short Course Championships, the 11-12 boys from Irvine NovAquatics had a heck of...

This past weekend at the 2013 Far Western Short Course Championships, the 11-12 boys from Irvine NovAquatics had a heck of a meet. They closed the meet by breaking a 16-year old Southern California Swimming record in the 200 free relay, where they swam a 1:37.03 (including a 23.35 anchor from Hunter Hitchens).

The splits on the scoreboard and official results were off, but by the coach’s watches, it was roughly three 53’s from the first three legs, and a 50.6 from Hitchens on the anchor.

This same group of four swimmers swam a relay on each of the meet’s four nights, and in the process broke four meet records.

Watched many of the prelims and finals from Cambridge, Md.
Way to go team !!! Those finals were really exciting to watch !!
Way to go Hunter Hitchens !!!!!!!!!!!! ( Have to brag, he is my grandson)

Very very proud of these four young men. They have a lot to be excited for especially when three of the four will one day attend the same high school. I think more records are in the future! Best of all, all four are good friends.