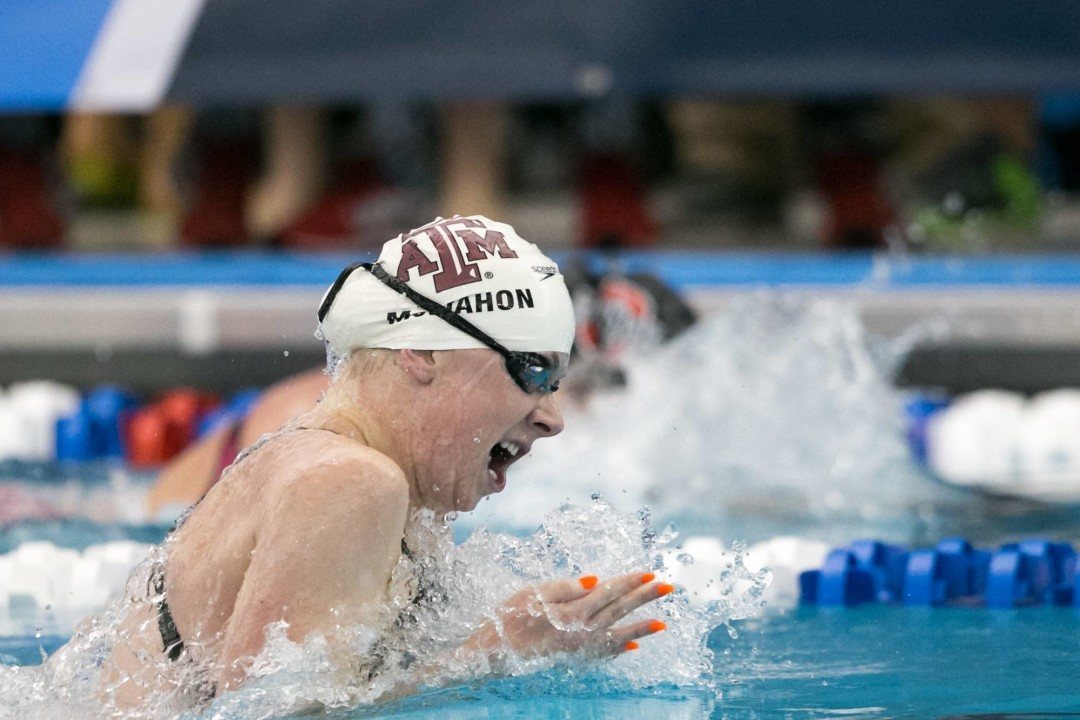 Irish Olympian Sycerika McMahon has announced her retirement from competitive swimming at just 22 years of age. “This was an unexpected and difficult choice,” said McMahon of her decision. “It is not easy to give up something that you have done your whole life.”

McMahon’s career was highlighted by two individual medals at the 2012 European Championships after which she competed at the London Olympic Games, where she finished 26th overall in the 100m breaststroke. She still holds Ireland’s national records in the 100 LCM freestyle, as well as the 50 SCM breaststroke and 100 SCM IM events.

Within the NCAA system, McMahon competed for Texas A&M University where she earned All America honors as a member of the Aggies’ medley relay.

The Irish athlete commented, “My sport took me to some unimaginable highs and it’s been an honour for me to represent my country all over the world. I will always cherish the unforgettable memories I have from my career, as well as the friendships I made along the way.

“I would like to say a huge thank you to everyone who has been involved in helping me reach my goals over the years. I wouldn’t have been able to live out my dream as an Olympian or take up a scholarship in the USA without you all.”