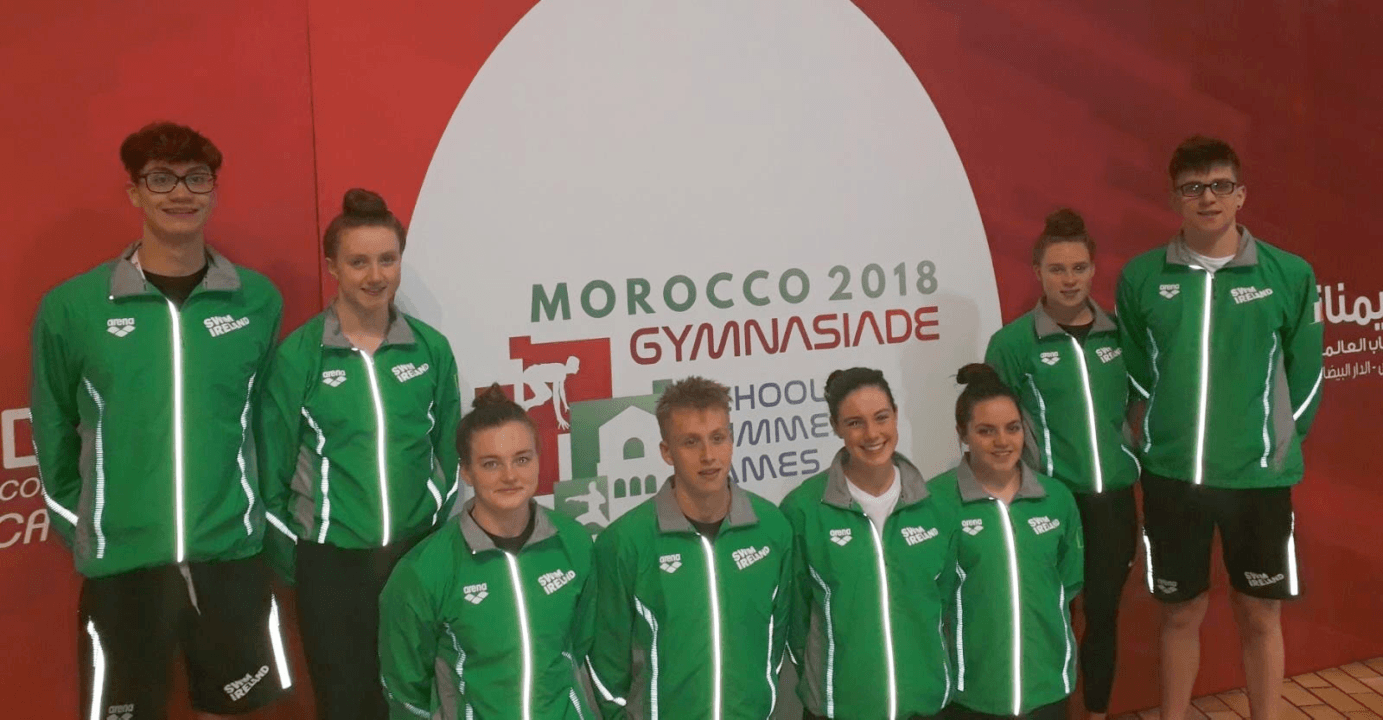 The 2018 ISF World Schools Games Gymnasiade in Casablanca, Morocco, was to see Ireland enter a team in the swimming championships of the multi-sport event for the first time and return with an outstanding 13 medal haul. Current photo via Swim Ireland

The 2018 ISF World Schools Games Gymnasiade in Casablanca, Morocco, was to see Ireland enter a team in the swimming championships of the multi-sport event for the first time and return with an outstanding 13 medal haul. Six golds, five slivers and two bronze medals saw the eight-strong team finish second on the medal table.

Not only was this the first time that Swim Ireland had participated at the competition, but they were the only sport from Ireland to represent the nation at this year’s event. Led by coaches Mark Craig and Sinead Donagher, a five day camp in Marrakesh saw the team perform excellently over the three days of competition, particularly with seven of the eight team members focusing further into the season ahead with the LEN European Junior Championships in Helsinki on the horizon in July.

Jack McMillan (Bangor) was also in record breaking form as he set about the Male 200m Freestyle Irish Junior Record, dropping his own mark to 1:49.77 for a further gold. McMillan was also to take silver in the 100m Freestyle in 51.62. Mona McSharry was in further golden form in the individual events, taking top honours in the Female 50m Breaststroke in 31.18 and 100m Breaststroke in 1:07.36. Ellen Walshe was also to ensure further honours as she claimed gold in the Female 200m Butterfly, winning the event in 2:15.09.

National Performance Director Jon Rudd was on hand to witness the racing and was clearly delighted with the results. “This was a worldwide event, with over 40 nations competing in difficult circumstances. None of our athletes see this as a benchmark meet for the season and so for them to produce such fine performances, race hard and deal with inter-continental travel so well is testament to them and the team staff. Thirteen medals is an excellent haul, particularly as three of them were in relays. When you look at our finishing position on the medal table and which nations we headed in this regard, we can safely assume that we have a strong crop of young talent now starting to find their way a little more in world swimming.”

Incredible John Rud has got them going so well after only starting not long ago.