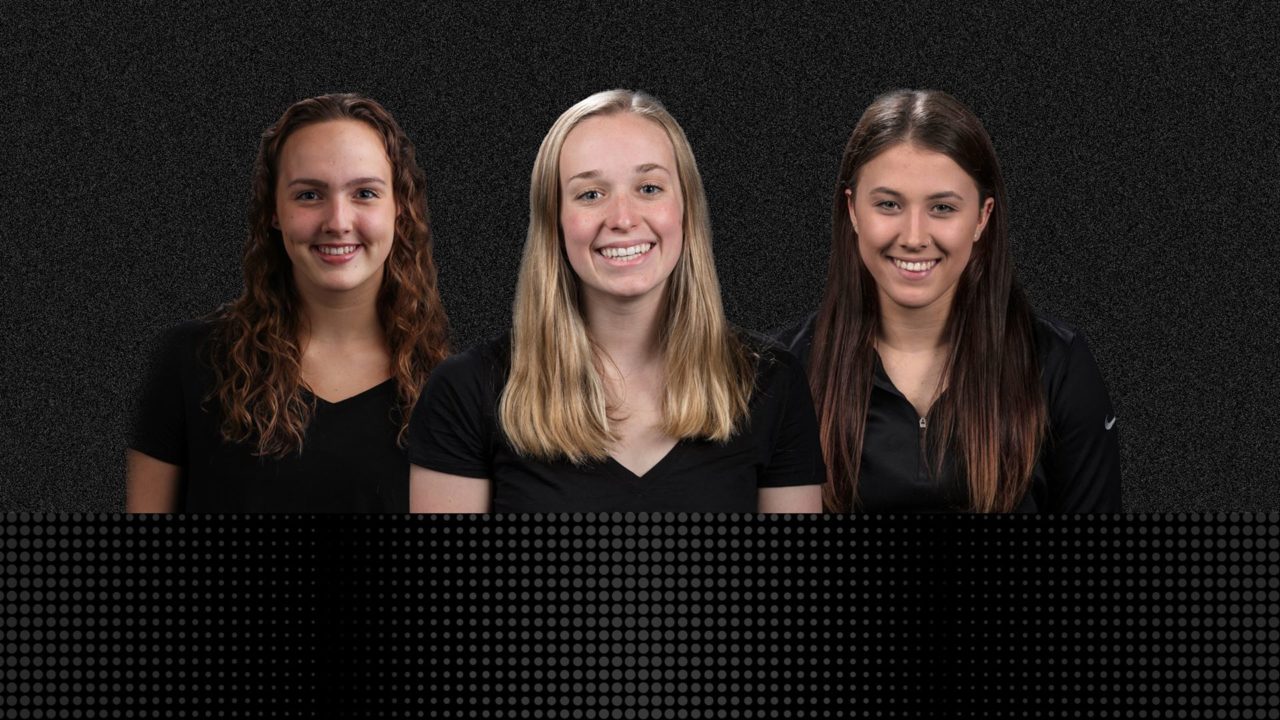 IOWA CITY, Iowa — The University of Iowa women’s swimming and diving team swept the Big Ten Conference weekly honors, it was announced Wednesday by the league office. Kelsey Drake was named the Swimmer of the Week, Jayah Mathews the Diver of the Week, and Millie Sansome the Freshman of the Week.

The sweep came on the heels of the Hawkeyes’ 179-121 Iowa Corn Cy-Hawk Series victory over Iowa State on Dec. 13.  It was Iowa’s 10th straight win over the Cyclones and the victory clinched a Hawkeye win in the annual series between the two schools.

Drake, a junior from Marion Iowa, earned her second career Big Ten Swimmer of the Week honor (third Big Ten honor of her career) after setting a school and Beyer Pool record in the 200 fly.  She won the event by more than five seconds over the field in an NCAA “B” qualifying time of 1:57.87.  Drake completed her sweep of the butterfly events with a time of 54.06 in the 100 fly and she captured her third individual title in the 200 IM in 2:02.78.

Mathews, a junior from Sydney, Australia, earned her third Big Ten Diver of the Week honor this season after sweeping the springboard events in the dual.  She posted a pool record off the 3-meter with a 348.40 before notching her second win off the 1-meter with a score of 318.40.   She posted NCAA Zone Diving standards in both events. It is the eighth career honor for Mathews (seven Diver of the Week, one Freshman of the Week).

The Hawkeyes return to action Jan. 11, hosting Notre Dame (M/W) and Illinois (W) at the Campus Recreation and Wellness Center at 11 a.m. (CT).