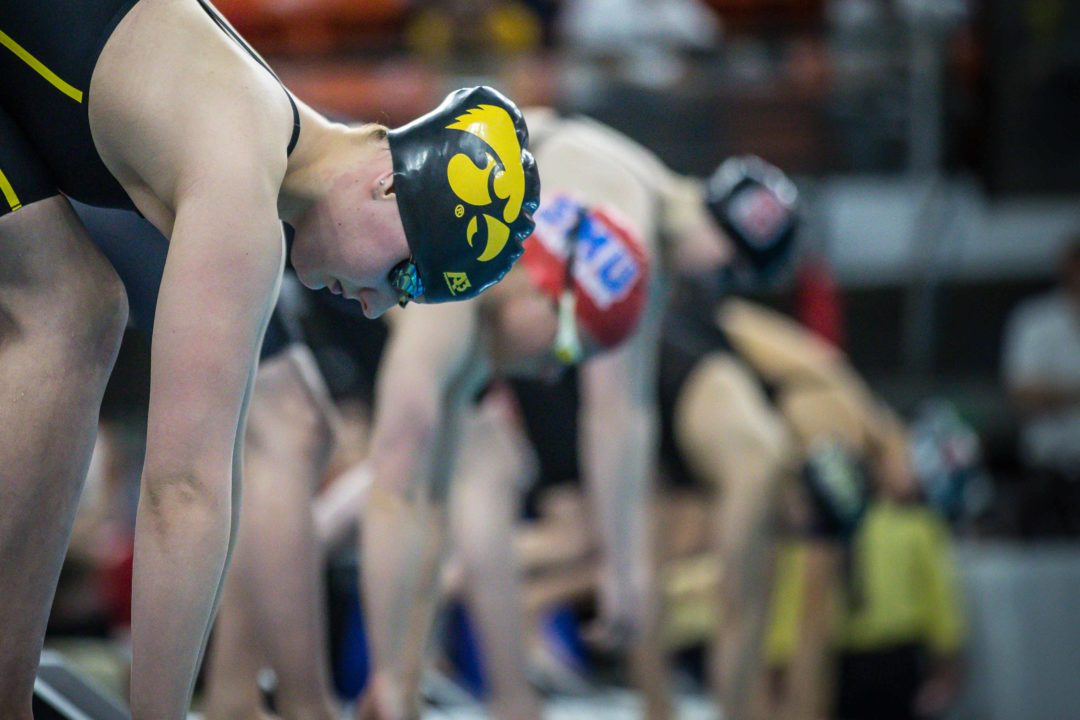 IOWA CITY, Iowa — The University of Iowa swimming and diving team announced its 2019-20 team awards during their annual awards banquet, hosted online for the first time in program history.

Drake and Fluit boasted identical awards as co-team MVPs and co-recipients of the Alison Pennington Haddon Strength of Character Award.

Fluit earned her first postseason award after posting NCAA ‘B’ qualifying standards in the 200 free (1:45.82) and 500 free (4:43.52). Fluit led the team in the 500 free and moved to second all-time in program history, in addition to becoming a recorder holder as a member of the 800-free relay (7:04.70) with an NCAA provisional qualifying time. The Pleasant Hill, Iowa, native scored in four events at the 2020 Big Ten Championships.

Tamborski tabbed her first postseason award as women’s diving MVP after earning CSCAA All-America distinction off the 3-meter springboard. The Castle Rock, Colorado, native posted NCAA Zone Diving standards off the 1-meter (294.30) and 3-meter (341.55) and scored in all three events at the Big Ten Championships.

Fers Erzen collected his first postseason awards as team MVP and was the recipient of the Irving B. Weber Award. This award is presented annually to a men’s team member who displays outstanding leadership. Weber was Iowa’s first swimming All-American in 1922. Fers Erzen was named a CSCAA All-American in the 200-yard backstroke and was a recipient of the Big Ten Sportsmanship Award. The Ljbljana, Slovenia, native posted NCAA “B” qualifying and school record times in the 200 back (1:41.24), 200 IM (1:46.14), and 400 IM (3:45.76), including high placings and record-breaking swims at the 2020 Big Ten Championships.

Neuman made an immediate impact as a freshman in the diving well and was awarded the Wentworth ‘Lobby’ Lobdell Award, which is presented annually to the top men’s diver. Lobdell was a three-time Big Ten champion and All-American off the 1-meter board from 1930-1932. Neuman earned CSCAA All-America honors off the 3-meter springboard and platform. The Alexandria, Egypt, native recorded NCAA Zone Diving standards off 1-meter (334.00), 3-meter (347.05), and platform (355.15) and scored in all three events at 2020 Big Ten Championships.