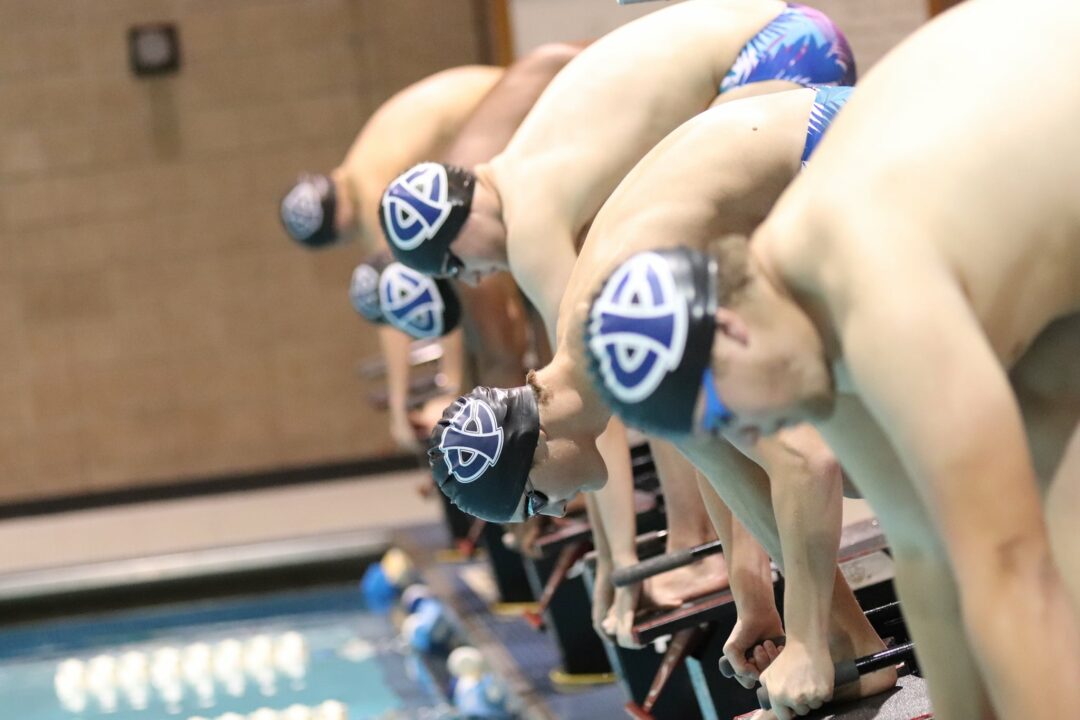 On the women's side, the Tritons downed Barton, 138-115, and fell to South Dakota State, 180-76. The Iowa Central men dropped both duals. Archive photo via Iowa Central Athletics

“It wasn’t the final result we wanted, but we had many positive things throughout the meet,” Iowa Central head coach Joe Plane said. “In the end, we lost too many close races in order to win either meet for the men.”

The women also had several Top-10 swims, including the fourth, fifth and sixth fastest swims in the 400 individual medley, as Leticia Dias, Andrea Gallardo Perez and Maria Goncalves placed first, second and third in the meet.

“I’m very proud of how our team raced and carried themselves,” Plane said. “We now get back to work on Monday and work to fix our details so we can continue to improve.

“It’s a long season and it’s important that we learn from (Saturday) and move forward.”

Nancy Olson was second in the 100 butterfly and Saige Knight runner-up in the 200 free.

On the men’s side, Johnathon Turner and Kyle McKenzie were double winners.

Iowa Central returns to the pool Saturday, October 30 against Midland University and the University of St. Mary.