IOC Commits to Increasing Number of Young Change-Makers for 2019 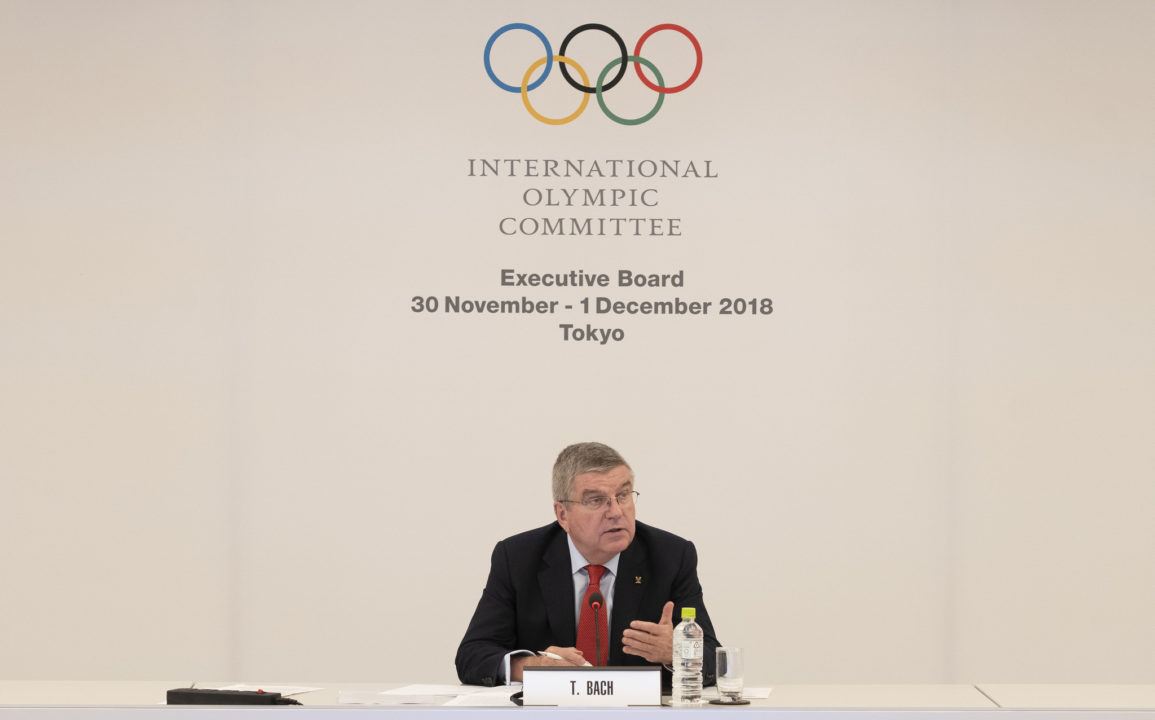 The IOC will be significantly increasing the number of Young Change-Makers (YCMs) on its Commissions for 2019, IOC President Thomas Bach announced on the final day of the three-day IOC Youth Summit taking place in Tokyo. Current photo via International Olympic Committee

The IOC will be significantly increasing the number of Young Change-Makers (YCMs) on its Commissions for 2019, IOC President Thomas Bach announced on the final day of the three-day IOC Youth Summit taking place in Tokyo. During the last IOC Youth Summit in Lausanne in 2017, seven YCMs were included on the IOC Commissions and played a vital role in the Olympism in Action Forum this October.

The IOC Youth Summit brought together 39 of the 42 Young Change-Makers+ who have been provided with seed funding (CHF 5000) in 2018 to establish social projects using sport to impact their local communities in the year ahead. Some 70 projects have been established that has impacted 25,000 participants since it was introduced in 2016. The group met over three days hosted by TOP Partner Panasonic, the program sponsor, in Tokyo to learn from each other and share ideas on their programs.

IOC President Bach said; “I would like to inform you that we will significantly increase the number of YCMs in the IOC Commissions for 2019. This is your home to present your ideas, your projects and make your comments. Let’s join forces to make the world a better place through sport.”

During the summit, they received mentorship and took part in workshops on moving from a charity to a social business from Nobel Peace Prize winner Professor Muhammad Yunus, who himself has built his career on social entrepreneurship. In his address to the YCMs he said “You are mobilizing people around the world with one single thing, sport. You are messengers for change, actors for change, you bring changes to your communities, to society and to the whole world.”

YCM Rania Rahardja from Singapore said,  “We have a voice now within the Olympic Movement that is getting louder and louder. This is a Movement that needs to stay relevant and this is how we can help. Our meeting with the President is to discuss the issues that matter to us and having this diversity of young voices heard.

During the three-day summit, the Tokyo 2020 Organizing Committee (TOCOG) also took the opportunity to gather ideas of the YCM to help them frame their own youth engagement programs.

Since the program was established at the inaugural Youth Olympic Games Singapore 2010 a network of 280 Young Change Makers has been established around the world spreading the values of Olympism.

For the second year running, the IOC is delighted to welcome the support of TOP Partner Panasonic, which has made it possible to expand the YCM+ program with its generosity.

The International Olympic Committee is a not-for-profit independent international organization made up of volunteers, which is committed to building a better world through sport. It redistributes more than 90 per cent of its income to the wider sporting movement, which means that every day the equivalent of 3.4 million US dollars goes to help athletes and sports organizations at all levels around the world.