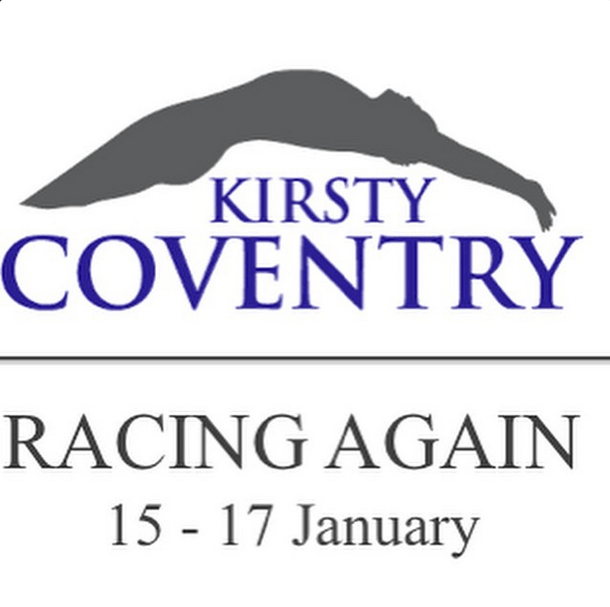 Since announcing in July of 2013 that she would be training with SwimMAC Carolina in Charlotte, North Carolina, Kirsty Coventry hasn’t...

Since announcing in July of 2013 that she would be training with SwimMAC Carolina in Charlotte, North Carolina, Kirsty Coventry hasn’t made any official competitive appearances.

This weekend, at the Pro Swim Series stop in Austin, Coventry will officially race – she’s entered in the 200 back, the 100 back, and the 200 IM.

The image, as is posted above, is captioned “Looking forward to Austin, Texas #racingagain #grandprix”.

Coventry is  7-time Olympic medalist, including back-to-back golds in the 200 backstroke at the 2004 and 2008 Olympic Games.

It should be a good meet for swimmac athletes. wishing kirsty all the best

Is Amanda Beard also making a comeback, or is that just a rumor?

The foreplay of Rio Olympics will start tomorrow.