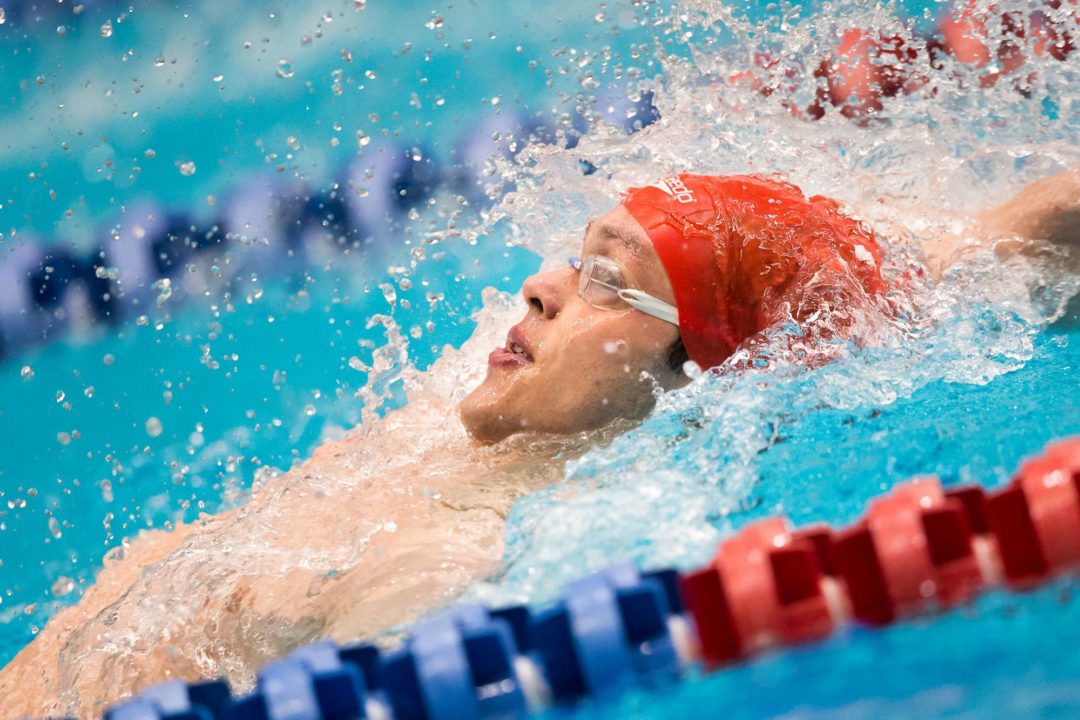 On a day full of “lasts” for both teams, there was one impactful “first”.  The meet was available for viewers to watch from the comfort of their own couches, being shown on the Big Ten Network, for the first time this season.  Yet, today marked the last dual meet for both teams for the season and the last time the Hoosier seniors will compete at the Counsilman-Billingsley Aquatic Center.  The Hoosiers sent their seniors out with a win, taking down the Boilermakers in a score of 186-114.

Senior Eric Ress went out in style winning two individual events on the day.  He showed his versatility by winning the 200 freestyle in an NCAA B standard, 1:37.68, and then added a dominant victory in the 200 backstroke, touching the wall first in a time of 1:42.97, a whole four seconds in front of the field.  Jackson Miller was also a double event winner for the Hoosier, locking up first place finishes in the 1000 and 500 freestyles.

Lyam Dias also had a rundown swim of his own in the 200 breaststroke.  Coming home in a 30.80, Dias got to the wall before Indiana’s Cody Miller in a time of 2:00.81.  Despite finishing second in both of their respective events, Guillermo Blanco (200 fly) and Layne Rogers (1 meter diving) were able to post season best times/scores.  Blanco finished .18 behind Schmuhl, touching in a time of 1:46.95 while Rogers scored a 379.43.

With the dual meet season coming to a close, both teams will take the next few weeks to prepare for the Big Ten Championships.  Both teams will travel to Ann Abrbor, Michigan for the meet which is set for February 26th-March 1st.

Love this article! Great to see such a great swimmer with such great journalism abilities