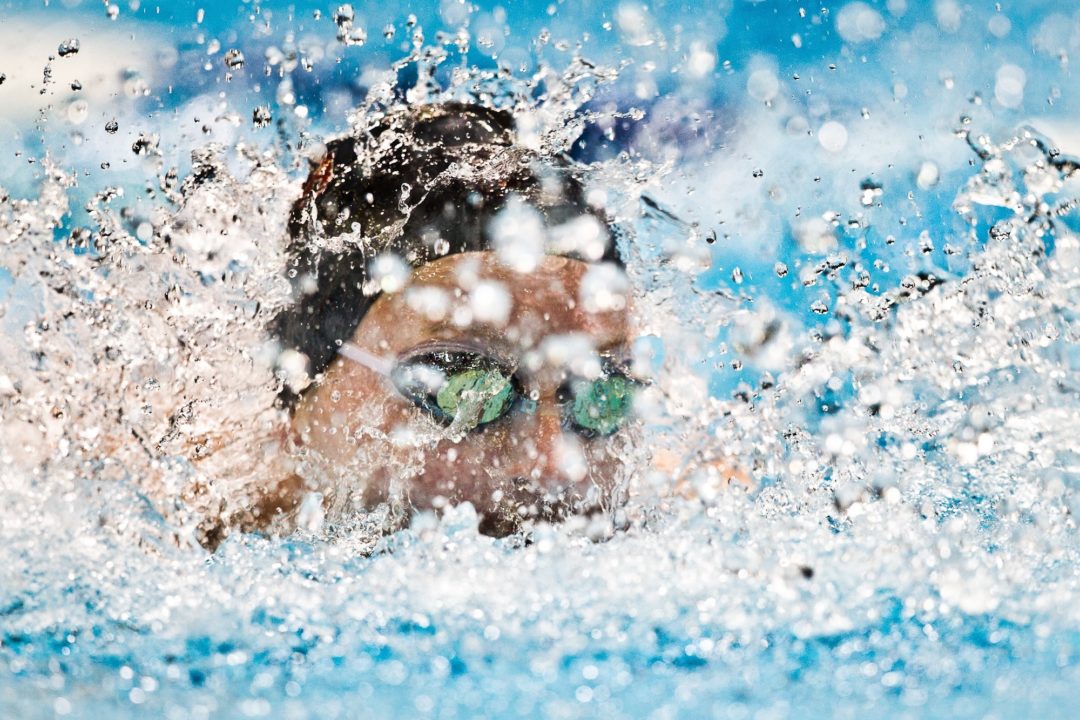 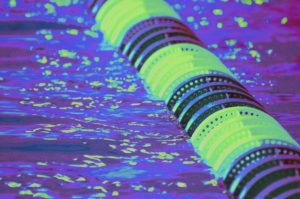 Cedarburg’s Katie Drabot and Verona’s Beata Nelson put on a show at the meet, which featured the state’s biggest high schools. Drabot and Nelson each broke two state records in impressive fashion, and each pulled off wins in back-to-back events over the course of the meet.

And in the team race, Waukesha South came back to win the meet on the final relay, nipping Arrowhead to claim its third consecutive state title.

Arrowhead kicked off the meet by winning the medley relay in a tight race over rival Waukesha South. Arrowhead’s team of Alyssa Lewandowski, Lindsay Adamski, Megan Doty, and Maddie Barta won in 1:44.23, thanks in large part to Adamski’s breaststroke split of 28.39. Waukesha South was 1:45.01 to easily take second.

Though the medley relay set up a clear battle in the team race, the overall points were overshadowed in the next two events by the Katie Drabot show. The Cedarburg sophomore not only swam her way to victories in back-to-back races, she also shattered state records in both swims, blowing up the 200 free/200 IM double in almost unbelievable fashion.

Drabot was 1:46.08 to win the 200, crushing the old state mark of 1:47.67 set last season by Abby Jagdfeld. Jagdfeld herself was in the field and got almost a full second under her old mark while chasing down Drabot. She took second in 1:46.80. Jagdfeld’s Waukesha South teammate Kaersten Meitz took third in 1:49.45. The duo are actually present and future teammates, as both seniors have committed to Purdue University for next season.

Drabot kept the crowd on its feet, climbing out of the pool and winning the very next event, the 200 IM, in another record-breaking time of 1:59.89, becoming the first Wisconsin high school girl under two minutes in the 200 IM.  Drabot had the fastest splits of the field in 3 of the 4 legs, holding off a charge by Arrowhead breaststroke specialist Lindsay Adamski, who finished second with a time of 2:02.84. The race was somewhat of a rematch of last year’s 100 breaststroke, in which Adamski held off then-freshman Drabot for the title. Middleton senior Ashley Aergerter was third in this year’s 200 IM in 2:05.42.

With back-to-back Drabot victories out of the way, the focus returned to the team competition. Arrowhead continued to put itself in the driver’s seat, winning the 50 free when senior Mary Warren went 23.29. That time was an improvement of just over a tenth of a second compared to last season, when Warren finished third. Last year’s runner-up Corrin VanLanen out of Pulaski took that spot again this season, fading off her time just a bit and going 23.46 compared to 23.31 last year. The 2012 champ in the event was Verona’s Beata Nelson, who switched to the 100 fly this year. It was a closely-packed field, with the entire top 6 going under 24 seconds.

The diving event was won by Neenah junior Hazel Hertting, who extended a modest 10-point preliminaries lead to ultimately win by about 35. Hertting filled the shoes of older sister Greysen, now departed to the University of South Dakota, who won the event last year. Hazel Hertting scored 463.10 to top Racine Case junior Cassidy Bose (428.95). Also scoring over 400 was Mara Rosenstock of Madison West, who racked up 406.00 points.

The 100 fly saw the rise of the second record-shattering sophomore of the night: Verona’s Beata Nelson. Nelson went 52.06 to blow away the field and the 14-year-old state record of 54.55. Nelson led the field by a second-and-a-half at the 50 turn and never looked back en route to the third state title of her young career. Megan Doty of Arrowhead was second in 54.68, a lifetime best that almost put her under the record as well. The next four swimmers also got sub-57 on the night, Kierston Farley-Sepe, Corrin VanLanen, Elena Patz, and Carly O’Brien.

Waukesha South started climbing back upward in the points race in the 100 free, where senior Abby Jagdfeld successfully defended her 2012 title and broke 50 for the first time, going 49.86. The future Purdue Boilermaker was just a tenth off a 15-year-old state record. Jagdfeld was followed by two swimmers from rival Arrowhead: Kelly Jacob and 50 free champion Mary Warren. They were 51.03 and 51.34 respectively. Kaarin Quaerna was fourth in 51.77 just touching out Molly Manchon (51.79). Freshman Britt Horn joined the group under 52, going 51.92.

Next, Beata Nelson was back in the pool, leading her Verona 200 free relay (1:33.70) to a state championship with a blistering anchor split of 22.00. She was joined by Maizie Seidl, Kristi Larsen, and Shelby Rozeboom. The foursome was just .07 off of the state record set by a Madison East team that was made up of four future Big Ten athletes – Wisconsin’s Ruby and Ivy Martin and Aja Van Hout, plus Northwestern’s Becca Soderholm. Arrowhead came in second (1:34.12), getting a big split from Northwester-bound senior Mary Warren. Waukesha South was third overall in 1:35.33.

Nelson completed her own difficult back-to-back event combo by coming off the anchor leg of the relay to win the 100 backstroke in yet another state record. She went 53.19 to take six tenths off her own record of 53.73 set last year. Waukesha South showed great depth in taking three of the next four spots: Kierston Farley-Sepe was second in 56.14, Alicia Beam fourth in 56.99, and Lizzy Baertlein fifth in 57.04. Sneaking in the middle of the bunch was Arrowhead junior Maddie Barta who was third with a time of 56.76.

The team battle between Arrowhead and Waukesha South continued in the 100 breast, where Arrowhead junior Lindsay Adamski won for the second year in a row. Her time of 1:01.95 was just .03 faster than last season. She will presumably take one more shot at the state record of 1:01.72 next year. Middleton senior Ashley Aergerter was second with a time of 1:03.30, just touching out Nicolet sophomore Gwen Worlton (1:03.52). One more girl got under 1:04, Wauwatosa East sophomore Celia Ripple, who went 1:03.93 for fourth.

Adamski’s win plus Waukesha South’s lack of a scoring breaststroker left Arrowhead holding a two point lead with one event left to swim. Double-scoring on relays meant that South could pull off a tie by placing one spot ahead of Arrowhead in the 400 free relay, or take home the come-from-behind win by placing two slots ahead of Arrowhead or by winning the relay.

As it turned out, it was those two teams battling for the relay win from the very get-go. Waukesha South took a one-second lead on a giant 49.9 leadoff leg from Abby Jagdfeld, her second time sub-50 on the night. But Arrowhead roared back on a big split by sophomore Megan Doty and the relays were tied at the halfway point all the way down to hundredths of a second. Waukesha South pulled away from then on, though, with Kaersten Meitz taking control and Kierston Farley-Sepe splitting 49.92 to shut the door. The win, in a time of 3:22.50, was also a state record, beating the time of the same Madison East relay that held the 200 free relay record. The team was made up of Jagdfeld, Molly Manchon, Meitz, and Farley-Sepe. Arrowhead was second in 3:23.77, also breaking the state record. Their relay included Kelly Jacob, Doty, Sarah Laabs, and Mary Warren. The two fastest splits in the event came from, you guessed it, the sophomore sensations from Cedarburg and Verona. Cedarburg anchor Katie Drabot went 49.39 on the 3rd place relay, and Verona’s Beata Nelson one-upped her, going 48.86 to anchor Verona to 4th.

Who knew The Nat could produce such fast swimming!!! Congrats to drabot and Nelson, as well as the champs Waukesha South.

Nelson was very close to the National High School record in the fly, if she chooses to do it next year I wouldn’t be surprised to see it go down. She is an animal at underwaters, very Rachel bootsma-y. The South girls had to be close to the 400 free National Public Record, last I checked it was Hershey’s 3:22.8 unless someone has bested that recently.