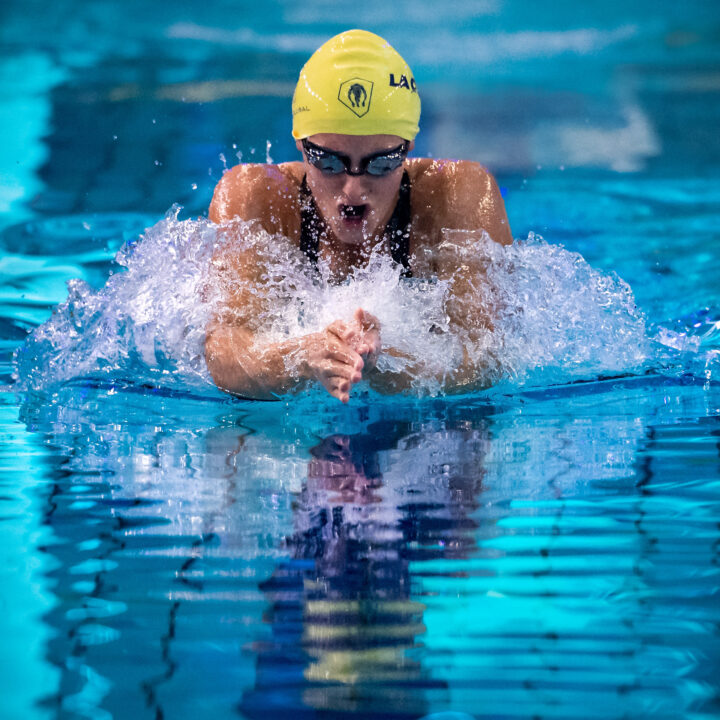 While Matt Richards produced a new British Record in the men’s 100m free on day two of the Swim England Winter Championships, Imogen Clark did some major damage on the women’s side in the 50m breaststroke event.

23-year-old Clark stopped the clock in a time of 29.35 to not only win the women’s 50m breast event in Sheffield by over 2 seconds but to also check in with a personal best and national record.

Entering this meet Clark’s PB stood at the 29.43 she logged at this same meet back in 2018 for a new British standard. However tonight the Derventio Excel ace sliced .08 off of that result to score the new PB and remain as Britain’s fastest-ever.

Clark’s outing now renders her within the top 15 performers of all time in this women’s 50m breast event, slotted at #14.

In terms of this season’s short course world rankings, Clark checks in as the 4th fastest performer thus far.

Clark was indeed named to the British roster for the upcoming FINA Short Course World Championships in Melbourne so this is a good sign for the LA Current ISL member. A time of 29.35 would have given Clark the silver medal at the 2021 edition of SC Worlds.

It’s not a British record, she went a 29.32 in the ISL Playoffs last year.

OK…swimming with the LA Current team…