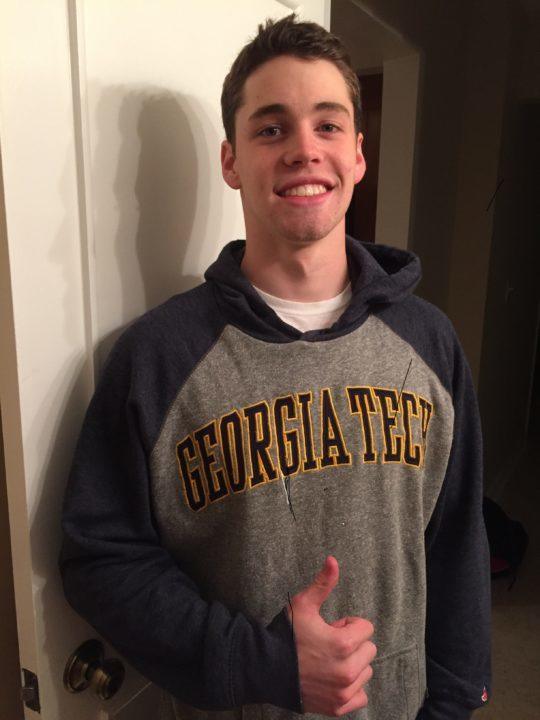 “I chose Georgia Tech because I think it’s the perfect combination of best swim program for me and academics. I’m very happy with my choice – a great swim and academic school in the great city of Atlanta.”

Reyes was a major contributor to Hinsdale Central’s 2015 team title at the IHSA Boys State Meet, winning the 100 fly as a sophomore and participating in their second-place 200 medley and 200 free relays. As a junior Reyes repeated his 100 fly victory and swam on all three of Hinsdale Central’s relays, picking up two more state titles in the 200 medley and 200 free relays.

Reyes swims for WEST Swim Club, and represents Panama in international competition. As a member of the Panamanian Junior Team, he participated in the XXVII Central American and Caribbean Championships in Costa Rica in 2013 and won the 13-14 boys’ 50 fly, 100 fly, and 50 free. He also went to the Youth Olympics in Nanjing, China in 2014, and the XXIX Central American & Caribbean Championships in Barbados last summer, where he won the boys’ 15-17 50 and 100 fly. Last August, Reyes placed 36th in 50 fly and 49th in 100 fly at the 16th FINA World Championships in Kazan. His top times are:

Reyes is the second verbal commit for the Yellow Jackets; Massachusetts’ Corben Miles made his intention known in May.