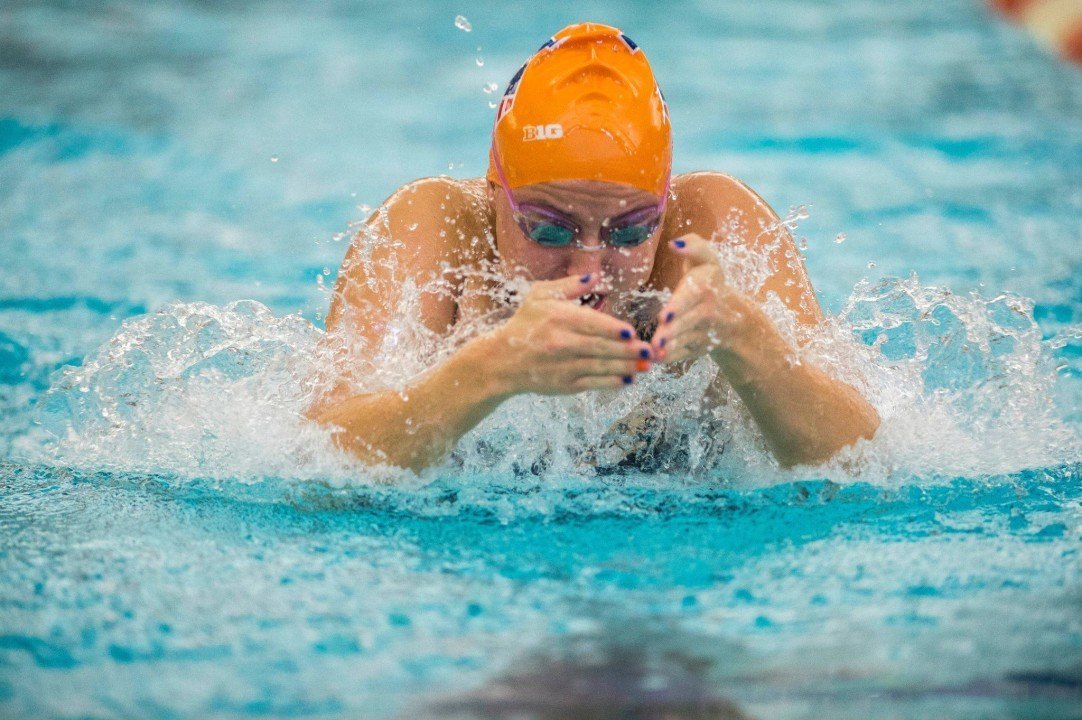 “We have been working hard with conditioning and aerobic training and not a lot of sprints or working on our speed all that much,” head coach Sue Novitsky said. “I just wanted to see the team come in and step up and compete after a really tough week of training. We always have things to work on but we’re just taking it a day at a time and trying to put those pieces together.”

The Orange team dominated the meet throughout, earning top times in nine of the twelve events. The 200 medley relay team of McCord, Serniute, Vuong and Anderson got things started, winning the first event with a time of 1:48.70.

Competing in their first collegiate meet, freshmen Emma Curtis and Michelle McCord each made an impact for their respective teams. McCord won both the 100 backstroke (:58.62) and the 100 breaststroke (1:06.83), while Curtis had the fastest 50 freestyle time on the day, touching the wall in a time of :24.65.

“Our freshman class coming in is very talented and they have improved a lot throughout their high school careers,” Novitsky said. “They’ve come in and are stepping up and leading the lanes and are really pushing our returning swimmers.”

Junior Madeline Kuhn was the lone diver to compete for the Illini, earning points for the Blue team in both one-meter and three-meter events.

“Our first meet is not the end of the year,” Novitsky said. “We are always keeping our focus on Big Ten’s and potentially NCAA’s, so we are going to keep working our training plan and keep teaching the team to understand that even if they are tired, they can still step up and race really tough.”

The Illini will welcome Indiana State to the ARC Pool on Friday, October 13. Meet competition will begin at 4 p.m.