How to Eliminate Chloramines After Swimming 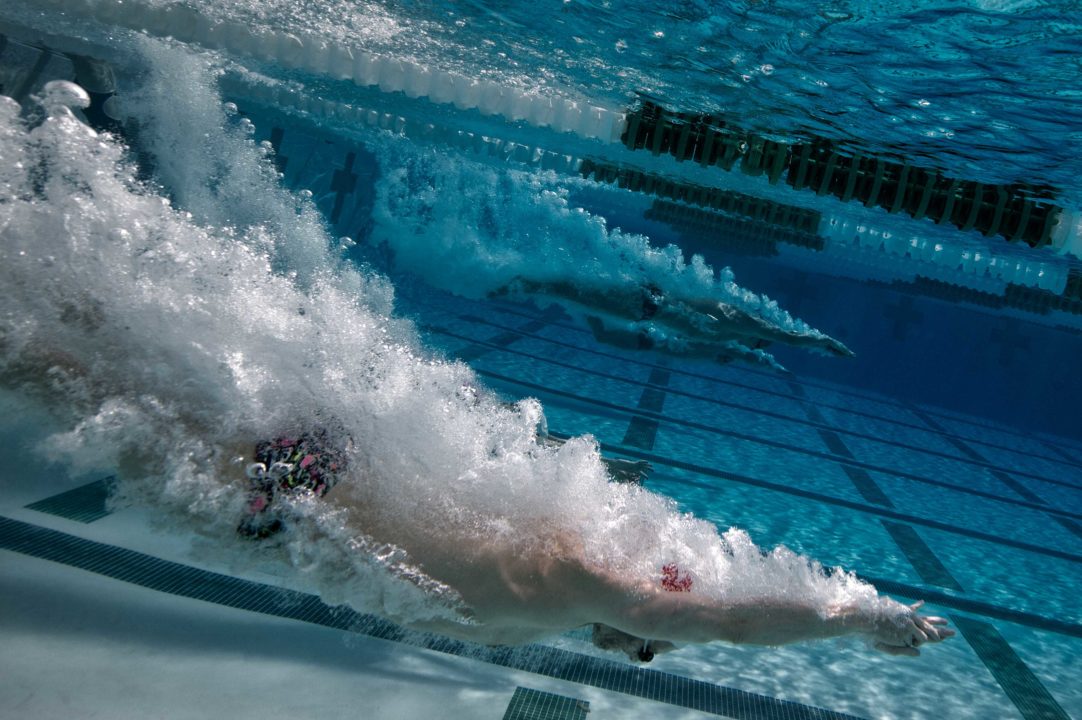 Swimming, as a sport, is challenge enough. Why not eliminate your discomfort with Smack Suit and Smack Straps for your goggles…

Swimmers are now able to track their workouts in real-time and share performance results directly in the Apple Health app.

How do you change an industry? Develop tech no one thought was possible. FORM Founder/CEO Dan Eisenhardt tells his story in this SwimSwam podcast.

Sam Stewart: “I am excited to announce my partnership with Fike Swim! I am thankful to have Fike supporting the continuation of my career.”

Courtesy of Dr. Andrew Chadeayne, inventor and founder of SwimSpray, a SwimSwam partner.

Chloramines cause health problems for swimmers.  The problems can be severe, often called “chlorine allergy” or “chlorine sensitivity.”  Some physical symptoms include itchiness and dryness, breathing problems, rash, hives, etc..  USA Swimming has discussed how chloramines are responsible for the “air quality issue.”  The Center for Disease Control and Prevention has explained that chloramines are a “chemical irritant,” responsible for “stinging eyes, nasal irritation, or difficulty breathing after being in the water….”  The Atlantic just reported on some new work published by the American Chemical Society, showing how peeing in the pool causes chloramine problems.  Entire businesses have emerged with the purpose of eliminating chloramines from the air surrounding aquatic facilities.  See Paddock Evacuator.

1. Chloramines cause unwanted side effects for many swimmers.

Chloramines bond to the swimmers’ hair and skin and do not wash away with conventional showering.  In the day(s) that follow, chloramines get released onto the hair and skin (this is why swimmers’ report smelling like chlorine, especially when sweating).

Once released, chloramines are irritating to hair and skin.  They can also irritate the eyes when released in confined areas.

Most people refer to chloramine problems as chlorine problems.  Most people are actually complaining about chloramines.  This wording really upsets some people.  We often use the words somewhat interchangeably with the understanding that chlorinated pools lead to chloramines, which irritate people.  It’s a technical point.

Here’s the difference: chlorine is the chemical that we add to the pool.  The chlorine turns into chloramine because people bathe and pee in the pool.  (Sweat, cosmetics, and urine have nitrogen in them, which reacts with chlorine to make chloramines).  Those chloramines can be very harmful and irritating.

Here’s how it happens: We add chlorine to the pool.  Then swimmers’ add nitrogen to the pool.  (Swimmers’ hair and skin are made from nitrogen (protein); and swimmers excrete urea, which has nitrogen.  Chlorine reacts with nitrogen to makechloramines.  These chloramines smell and cause problems for swimmers.

The swimmer leaves the pool still covered chloramines.  During the course of the day the chloramines get released.  This is especially noticeable when sweating.  Many swimmers notice that they seem to sweat chlorine. (Again, it’s chloramines.  And, you’re not sweating it.  Technically it was there since you left the pool.  You’re just freeing it now).

SwimSpray’s goal is to provide sufficient vitamin C with as few “other” ingredients as possible.  With SwimSpray, people continue using their favorite shampoos, soaps, conditioners, etc..  They just add vitamin C during the process.  We’ve basically bottled the answer to chloramine problems, but onlythe answer.  I really like the simplicity of the solution, especially since the problem plagued the swimming community for so long.

Ironically, SwimSpray was actually a real challenge to develop.  We had to work really hard to get the concentration and pH perfected.  Getting the SwimSpray recipe wrong can be bad: DIY SwimSpray can burn skin, damage and, and sting eyes.  Also, if stored in a sealed container, it may explode.  Simply dissolving vitamin C in water (without adjusting the pH) does not make a stable vitamin C solution.

Why do I know (and care) so much about this topic?  Fair question.  Here’s a video explaining my story of learning how to solve swimmers’ chloramine (aka “lingering chlorine”) problems.

Steve – well played. You have no idea how much time we spent extracting addresses from the SwimSwam comments 🙂

Reduce chloramines by using Moss in your swimming pools

No vitamin C solution is “stable” as it reacts with oxygen. . Actually just putting a teaspoon of ascorbic acid powder in about a litre of water then put in a spray bottle will do the trick for just pennies. You don’t need swimspray or any other product. If the solution stings then reduce the concentration. A pound of Ascorbic Acid retails for twelve dollars, and you need a teaspoon, which is about 4 to 5 grams. A pound is 454 grams. So for 12 dollars you can make 100 litres (nearly 40 gallons) of effective vitamin C spray and it will neutralize all the chlorine related compounds on your skin and in your hair. Or you can buy swimspray… Read more »