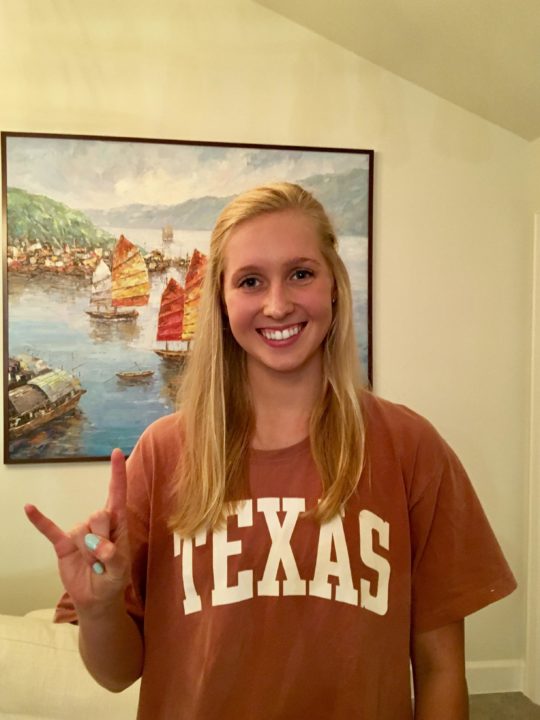 Houston Swim Club's Logan Shiller has given her verbal accord to the University of Texas. Current photo via Logan Shiller

Logan Shiller of Houston, Texas, has made a verbal commitment to swim at the University of Texas beginning in the fall of 2017.

Shiller is a senior at Bellaire High School, though she doesn’t compete for her school. She swims for Houston Swim Club, and is a freestyler with a strong range. She competed at 2016 Olympic Trials in the 200m free, and has national-level times in everything from the 50 to the 1000.

Shiller wound up a successful summer campaign at the NCSA Summer Championships, where she placed 3rd in the 100 free, 6th in the 400, 9th in the 200, 10th in the 800, and 21st in the 50. She will a strong addition to the Longhorns’ lineup. Her 200 free time would already score 3rd at Big 12 Championships, while her 500 would have been 4th last year. Likewise she would have been an A finalist in the 100 free and added firepower to the Texas relays.