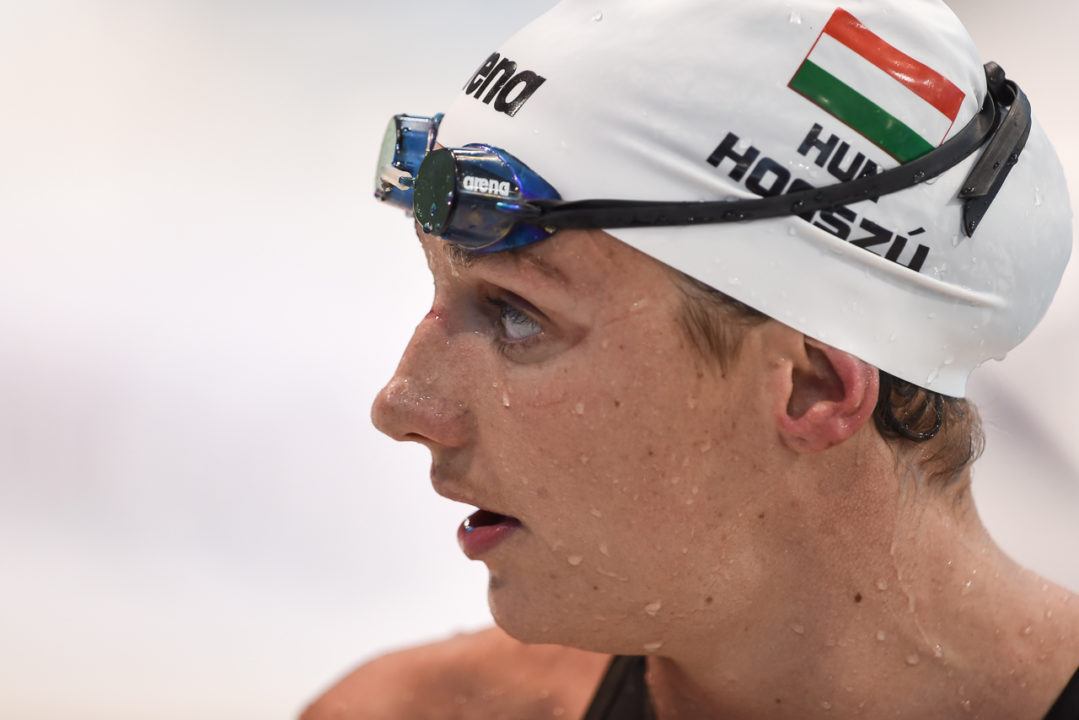 Katinka Hosszu has won the 200 IM at the 25th-straight World Cup meet in which it has been held. Archive photo via Peter Sukenik/www.petersukenik.com

An overall lackluster start to the 4th stop of the 2016 FINA World Cup in Beijing China was highlighted by a World Junior Record from China’s Menghui Zhu.

Zhu tied Denmark’s Jeanette Ottesen, who had a very good day overall, for the win in the women’s 50 free in 24.00. FINA has recently begun recognizing short course meters Junior World Records, and have set “World Best Times” as a benchmark for setting the initial records. Zhu becomes one of the few swimmers to have successfully done so with her swim.

Hungary’s Katinka Hosszu, who has 21 event wins through the tour’s first 3 stops, picked up only 3 on Friday – a relatively light output by her lofty standards.

Hosszu has now won the 200 IM at each of the last 25 World Cup meets at which it’s been held – dating back to the final stop of the 2012 World Cup series in Singapore, where her countrymate Zsu Jakabos won. Jakabos took silver on Friday in Beijing.

Ukraine’s Daryna Zevina continued her excellent swimming this fall to date in the 200 back, winning the event for the 3rd time in 4 stops. She won in 2:01.61, which was more than three seconds better than the runner-up Hosszu who faded as the day wore on.

The two series leaders to date on the men’s side, Vlad Morozov of Russia and Chad le Clos of South Africa, each picked up a pair of wins on the day on Friday.

Morozov won the 100 free in 45.99, which was almost a second better than Japan’s second-place finisher Katsumi Nakamura (46.95). He then added a win in the 100 IM (51.06) – a race in which he broke the World Record multiple times in the World Cup’s first cluster a month ago.

The Russian also took 2nd in the 50 breaststroke behind Brazil’s Felipe Lima (26.77).

I wouldn’t be surprised if le Clos broke a world record in the next few days or next few weeks. His underwaters were crazy yesterday. He’s really a beast in short course.