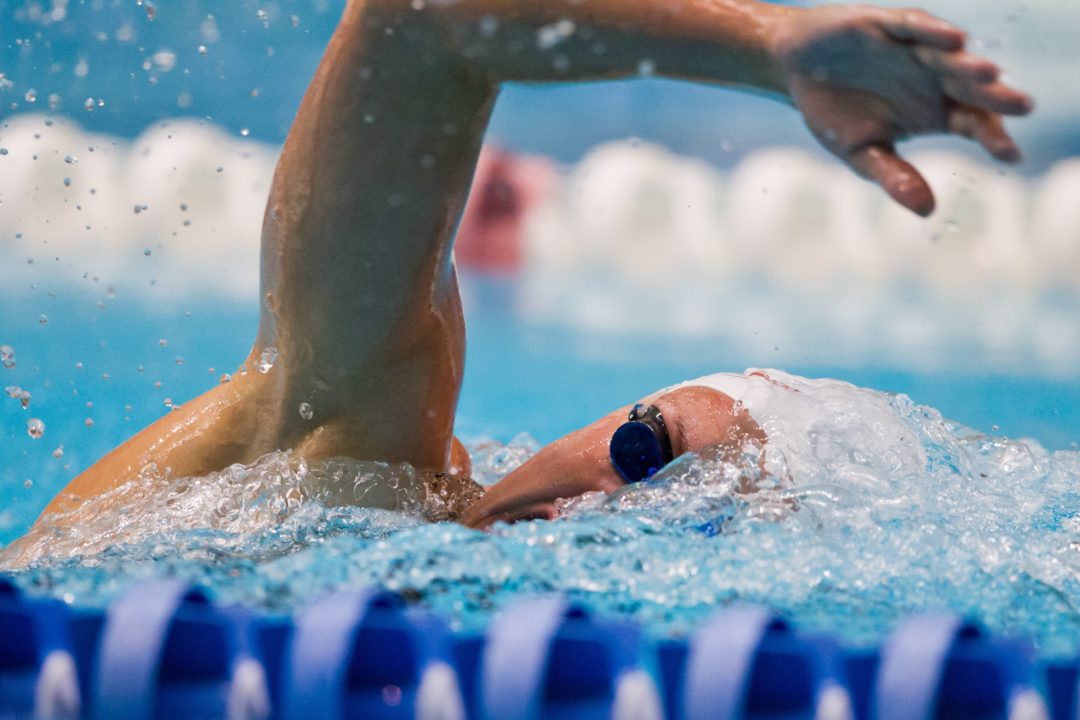 World champion Katinka Hosszu took the first event of the competition, winning the 800 freestyle in a time of 8:29.42... Current photo via Tim Binning/TheSwimPictures.com

World champion Katinka Hosszu, who will be swimming all 16 events over the next three days at the Euro Meet 2014 in Luxembourg, took the first event of the competition, winning the 800 freestyle in a time of 8:29.42. Hosszu’s time is a meet record breaking the 2004 record of 8:34.88 set by Flavia Rigamonti.

The time is also a lifetime best beat the 8:37.77 she put up in Luxembourg last year.

Hosszu went on to cap off a gruelling first day of finals by winning the 400 IM in a time of 4:37.93 beating her own meet record of 4:41.18 that she set last year. This is her last final swim of the evening, but she will compete in the preliminaries of the 200 butterfly before the night’s end.

Coralie Balmy and 16 year old Leonie Beck also separated themselves from the field battling with the silver with Balmy ultimately finishing second in a time of 8:36.65 followed by Beck who posted a time of 8:37.06.

Is this meet SCM or LCM? Impressive if long course, not her best if it is short.

It is in LCM

As in previous article comment go get them Katrinka. Some swimmers need to grt away from being pampered.