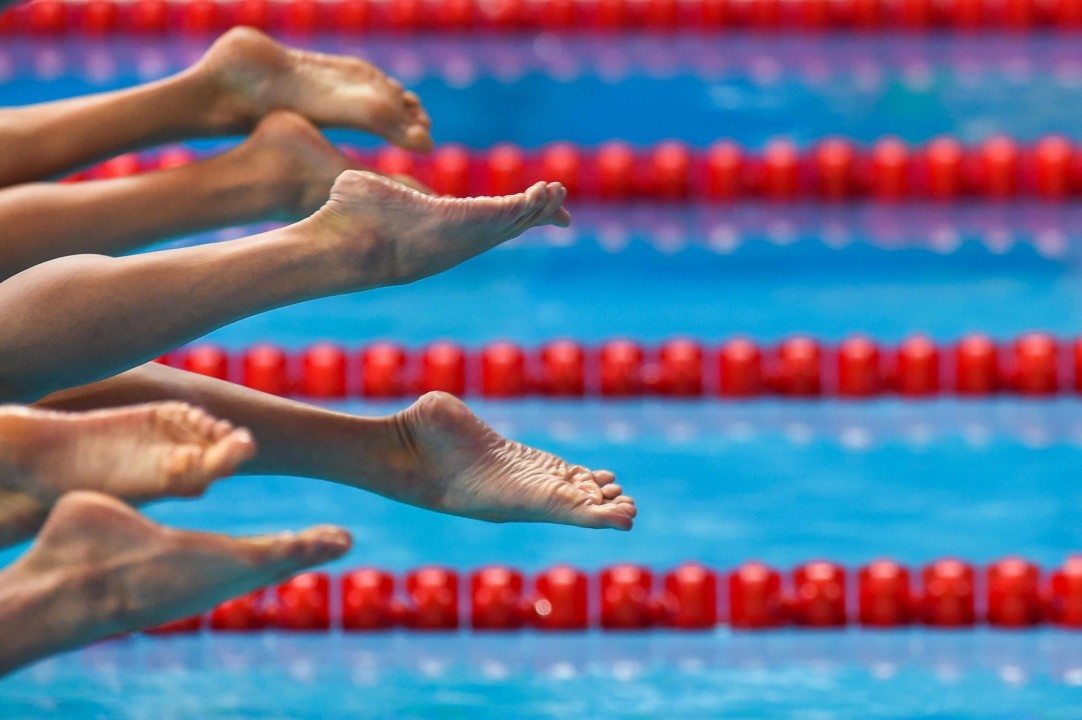 Portuguese Olympian Tamila Holub took the gold in the women's 1500 freestyle in a winning time of 16:35.08... Current photo via Mike Lewis/Ola Vista Photography

Portuguese Olympian Tamila Holub won her third event of the Portuguese Championships on the final day of competition. Holub, who will be swimming the 800 freestyle in Rio, took the gold in the women’s 1500 freestyle in a time of 16:35.08. She won the event by over eight seconds, but was well off her lifetime best of 16:20.80.

Holub also won the 400 and 800 freestyler earlier in the competition.

Holub’s Olympic teammate Victoria Kaminskaya was also in action on Sunday evening. Kaminskaya, who will be swimming the 400 IM in Rio, won the women’s 200 IM in a time of 2:16.19.

Nils Liess of Switzerland took the men’s 200 butterfly with ease finishing over four seconds ahead of the field. Liess hit the wall in a time of 1:58.74, which is not far off of the Swiss record of 1:58.02 that he put up in June.

Miguel Nascimento won the men’s 100 freestyle in a time of 49.81. Nascimento was the only man in the field to break the 50 second barrier and challenged the Portuguese national record of 49.50 set by Alexandre Agostinho in 2009.

Kristina Thomsen of Denmark took the women’s 100 freestyle in a time of 57.11.

Guilherme Pina won his second event of the competition taking the men’s 800 freestyle in a time of 8:16.13. Pina also won the men’s 1500 freestyle on the first day of the championships.