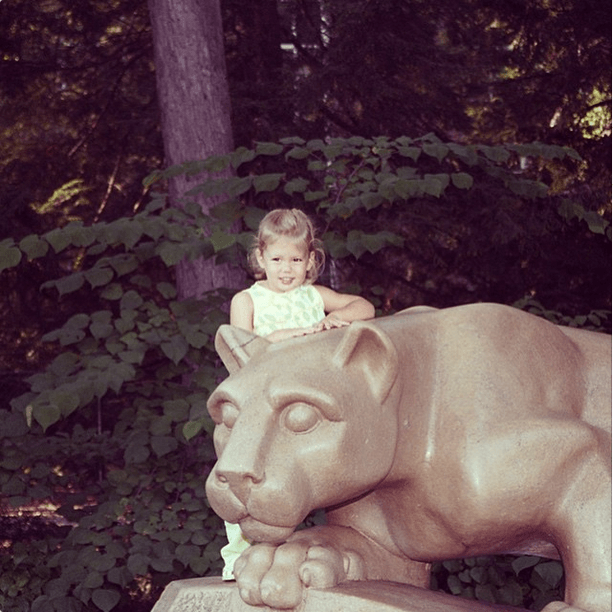 Bacon was named both the Women’s Swimmer and Freshman of the Week after earning three wins against Minnesota and Purdue in her first meet as a Badger.

The 2016 recruiting class, current high school juniors, are pushing the early commitment period earlier-and-earlier into their high school careers. Whereas in past seasons, only big superstars who want to get their decisions out of the way early to focus on training have made college commitments prior to the official opening of senior recruiting season in early July, but this year there’s been a trend of those early commitments going deeper-and-deeper.

The latest junior to make her commitment is Siena Salvaggio from Parkland High School and the Parkland Aquatic Club, about an hour’s drive north of Philadelphia.

Salvaggio is a U.S. Open-qualifying sprint freestyler who swam lifetime bests in both the 50 and the 100 free at the Pennsylvania District 11 Championship meet two weeks ago.

She will enter next weekend’s Pennsyvlania AAA (big school) State Championship meet as the 4th seed in the 50 free, just .05 seconds behind top-seeded Jacquelyn Du; and as the top seed in the 100 free. Last year, she was runner-up in both the 100 and 200 freestyles at this meet.

Salvaggio says that she has “always” been a Nittany Lion, but that she’s “happy it’s finally official.” Salvaggio won’t be able to sign her National Letter of Intent until November 11th.

While Penn State has some depth returning in their sprint freestyle group with the likes of Alyson Ackman and Katie Saloky, they are graduating both Katelyn Miller and top freestyler Carolyn Fitten to graduation, so there will be an opening for Salvaggio to contribute immediately – especially in the 400 and 800 free relays.

Keep in mind that Salvaggio has not only her final short course taper of the 2014-2015 high school season left to go, but a full long course and short course season remaining to improve before arriving at Penn State.

Salvaggio’s early commitment is not totally out-of-place in that she’s also a high-level volleyball player and one of the stars of Pennsylvania volleyball powerhouse Parkland High School. Salvaggio scored the final hit in the fall when Parkland won the Pennsylvania State Championship in girls’ volleyball. Generally speaking, volleyball is on an earlier recruiting cycle than swimming, with most athletes making their decisions as juniors, so for Salvaggio, committing early is a natural extension of her prowess on the court.

Penn State has one of the best college volleyball programs in the country, but Salvaggio made it clear that she’s committing to join the Nittany Lions’ swim team.

It is amazing that as a 5 year old she could swim these outstanding times and even be accepted to a pretty good college. She must also be brave to be hugging that lion. I for sure would be afraid to