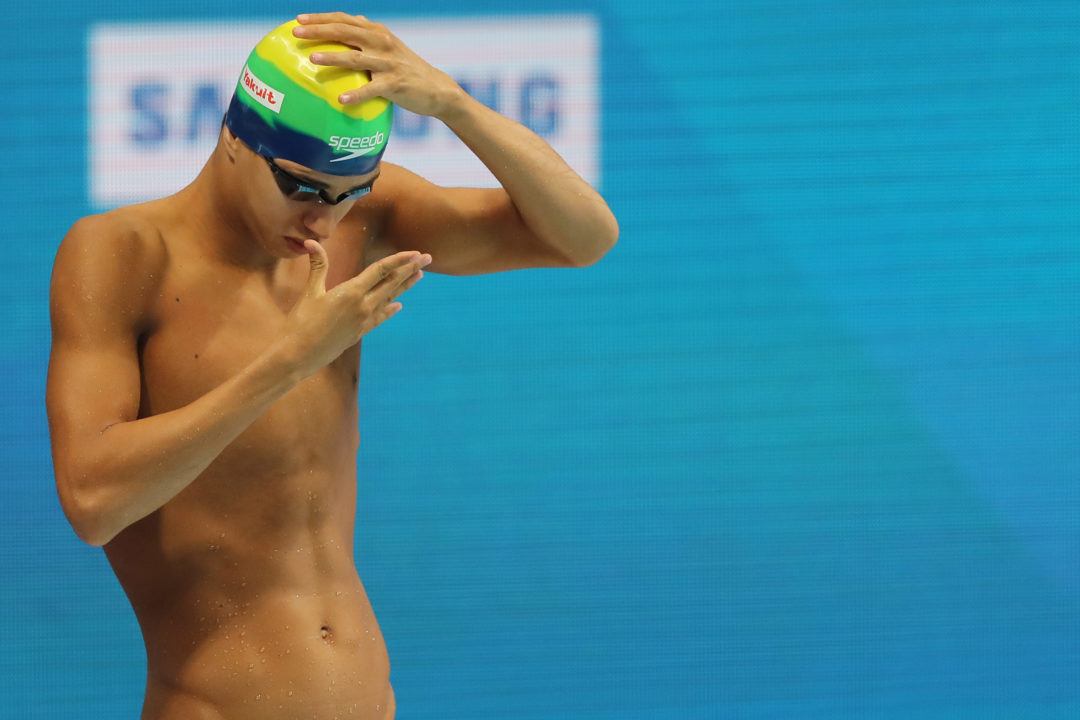 Guilherme Costa cut 3.5 seconds off his South American Record in the men's 800 free to win the U.S. Open title on Wednesday. Archive photo via Satiro Sodré/SSPress/CBDA

Brazilian swimmer Guilherme Costa, one of a handful of Brazilian swimmers at the U.S. Open after a training camp in Flagstaff, Arizona, has broken the Brazilian and South American Records in the men’s 800 meter freestyle.

In Wednesday’s 800 free, Costa was faster in every single length than he was in his prior record-setting swim, but especially over the first and last 200 meters where he dropped 1.2 seconds and .94 seconds, respectively.

This is an event that is likely to see a number of National Records from around the world broken in 2019 as athletes give it more focus now that it is an Olympic event for men. 2020 will be the first time that the race is included in the Olympic schedule.