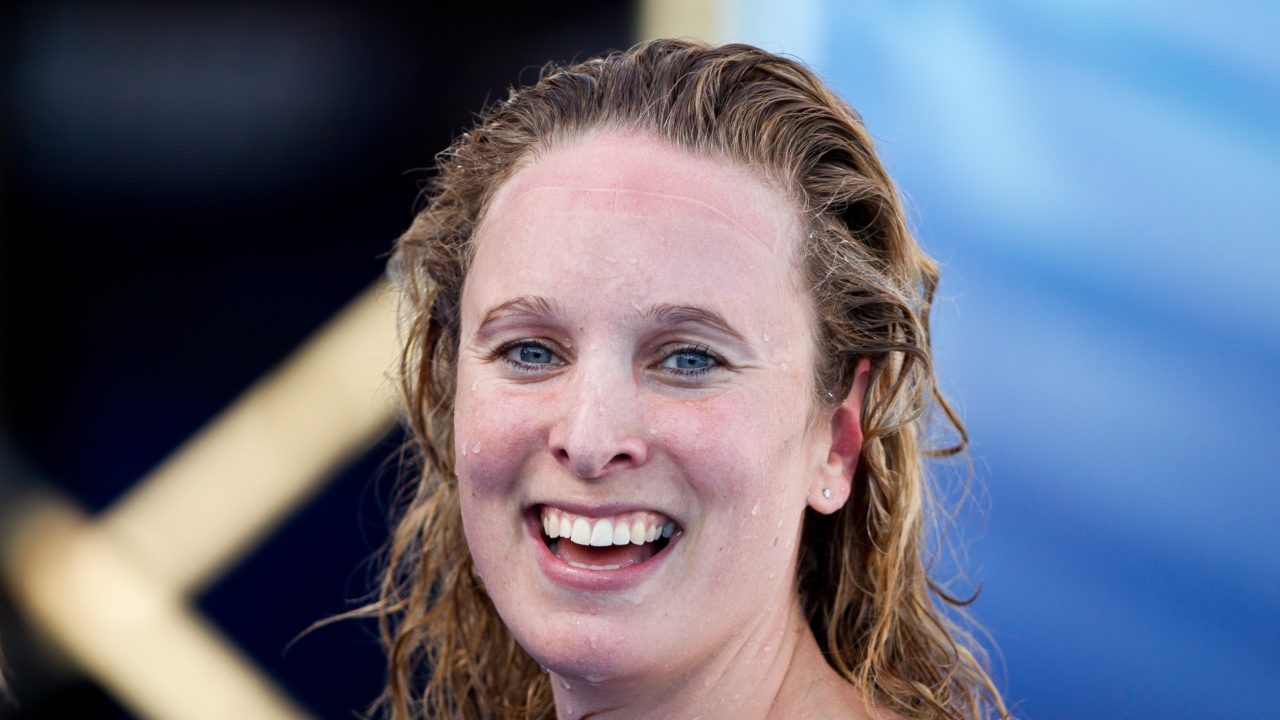 With Cesar Cielo sitting out of the action on the third day of Brazil’s Jose Finkel Trophy, their short course National Championships meet, it was actually a pair of foreigners who provided the most exciting action in Sao Paulo on Wednesday.

Inge Dekker, representing Minas Tenis, and Marieke Guehrer, representing Flamengo were battling in a race that doesn’t have a ton of international consequences; however in the context of the highly-prized team battle, with those two clubs running away in the team scoring, this was a huge event.

Dekker had the edge in this matchup so far after winning the 50 free by just a tenth, but Guehrer got one back in the 100 fly winning 57.34 to 57.39. In the process, she set a new Championship Record for 18 big bonus points. Daynara de Paula was the top-placing Brazilian with a 58.17 for 3rd.

The men’s race was not quite as close; Kaio Almeida won running-away in a respectable 50.74; that would have been in the top 15 in the world during the last short course season.

In the men’s 100 breaststroke, by Felipe Silva (58.17) and Felipe Lima (58.26) cleared the standard for invites to the World Short Course Championships. Henrique Barbosa took 3rd in 58.62.

The other big race of the day was the women’s 400 free, where Femke Heemskerk went a bit outside of her comfort zone and stretched into the 400 free. She had no problem taking the win, in another Championship Record for Minas, in 4:07.81. That’s the second-best time of her career.

Minas, largely on the back of a huge amount of record-breaking performances, extended their lead at about the halfway point of the meet. They end the day with 1172 points, with Cielo’s Flamengo team in 2nd with 1025.50.

Marieke Guehrer was an excellent choice by Flamengo!

She was awarded the technical trophy (highest points as per FINA).