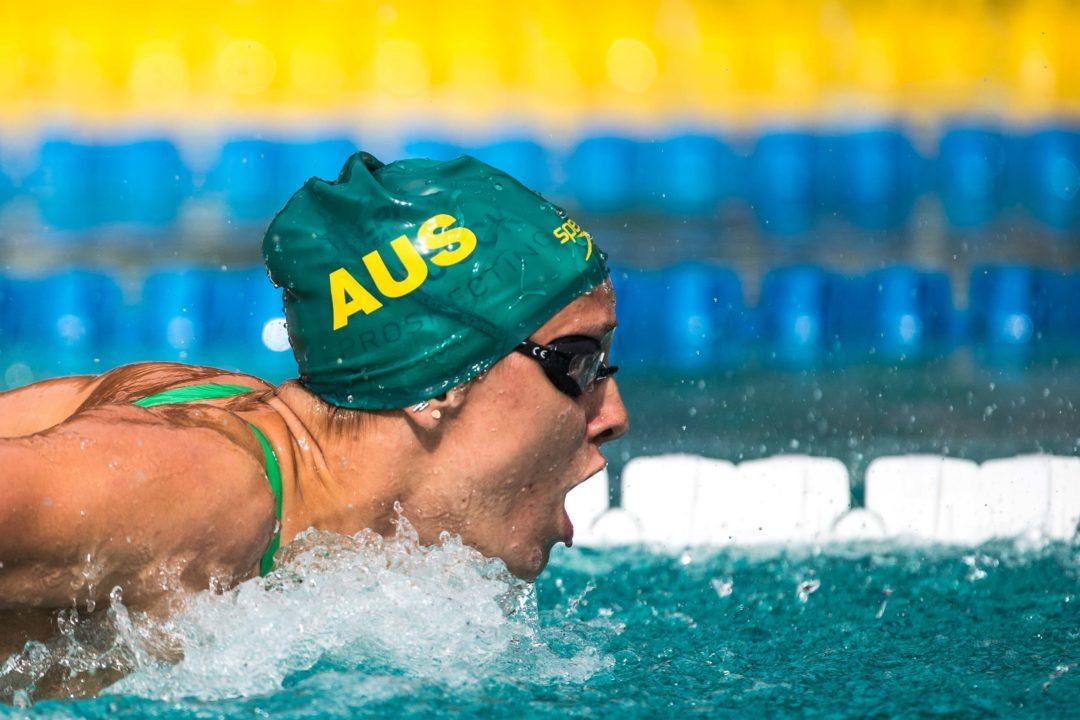 Two of the three Australian swimmers facing a possible two-year ban due to a series of absences for routine, out-of-competition drug testing will see their lawyer try to throw out the allegations before the cases even reach a hearing. As reported last week, Olympic silver medalist in the women’s 200m butterfly, Maddie Groves, and fellow Rio teammates Thomas Fraser-Holmes and open water swimmer Jarrod Poort were all named by The Daily Telegraph as having missed 3 drug tests over a 12-month period, violating testing protocols.

For Groves specifically according to The Sydney Morning Herald, lawyer Tim Fuller, who also represents Fraser-Holmes, says that the attempt to locate her fell ‘well short of guidelines’.  Groves says she was indeed at the scheduled place at the correct time, but testers failed to locate her at the San Diego University dorm. Although FINA says agents called Groves, she maintains her phone lists no missing calls nor did she hear any knocks on her door after testers encountered an unmanned front desk.

“Maddie could proceed to a hearing but we’re in correspondence with FINA around her matter. She was astounded. We’re quite hopeful they will rule out the breach before going to a hearing.

“If it doesn’t, we’re confident it will be dismissed at a hearing. We don’t believe they have, at least in Maddie’s case, made good enough efforts to get hold of her.

“They called her coach in Australia and there’s no missed calls on her phone. They alleged they called the number. I can get hold of her every time. She was in the location she said she would be at. Maddie’s case is very strong.”

The lawyer confirms both Groves and TFH were tested soon after the missed appointments and those tests were indeed clean. He calls their particular situations ‘technical issues’ and not ‘doping issues’, which he says should fall under a possible reduced one-year ban, should appeals not be successful. (The Sydney Morning Herald)

“We’ll challenge the basis of all of the three tests to make sure the protocol around them was correct. FINA engage a contract with agents to go and conduct these tests. There is always going to be an occasion where someone doesn’t comply with the testing procedure.

“But from what we’ve learned from the third Whereabouts test, we’ve cast some doubt about the first two. So we will examine all three.

“We are going to appeal any of those breaches. If one of those allegations can be dismissed, the athlete then sits on two. There is precedent, right through to the Court of Arbitration for sport, where allegations like these have been dismissed on technicalities.

“Even on the third one alone, we are confident we can have them overturned,” says Fuller.

Predicted that they would go for the Armistead Defence; one utilised by leading GBR women’s cyclist Lizzie Armistead last year to have at least one of the missed tests declared invalid due to procedural failures by testing officials.

One would however suggest that both Groves & TFH would probably be better served by having a legal counsel who is far less of a publicity hound than Mr Fuller. Whilst they MAY, indeed, be able to find some procedural failings in either case; he would have been far better served to have kept his mouth shut or made a “non statement”.

Looking at his statement above, he has already shot a significant hole in Groves’ defence by highlighting a failure on… Read more »

and what if she had updated her details….why would they call her coach in australia, when she isn’t there, and not training in australia – that makes no sense….

That is precisely my point. WHY were they calling Michael Bohl if he were NOT her designated contact point “on file” ? Its her responsibility to have those details up to date … and to double check that is the case

It would’ve been HER responsibility to update said details to reflect her full current status including current coaching details then that should be reflected “on system” and that information clearly available to the testers … and her responsibility to check that her details on file are correct.

If she has failed to do so, then it would appear that her defense has a hole in it.

IF the testers were operating off “old data” and had not sought to check the most current data on system (which should’ve reflected any such change); then she does indeed have grounds for this “missed test” to be declared invalid.

In any case, there should be (at minimum) an easy way of verifying… Read more »

Showing up late for an appointed drug test = Banned for 24 months???

Failing a drug test = Banned for 3 months, outside of any major competition.

Makes sense, as someone who is taking drugs could just no show and not have any record of a negative test. Could set a bad precedent if you could say “oh well I wasn’t there” and receive the same punishment. It would give dirty athletes a reason to opt out of the tests.