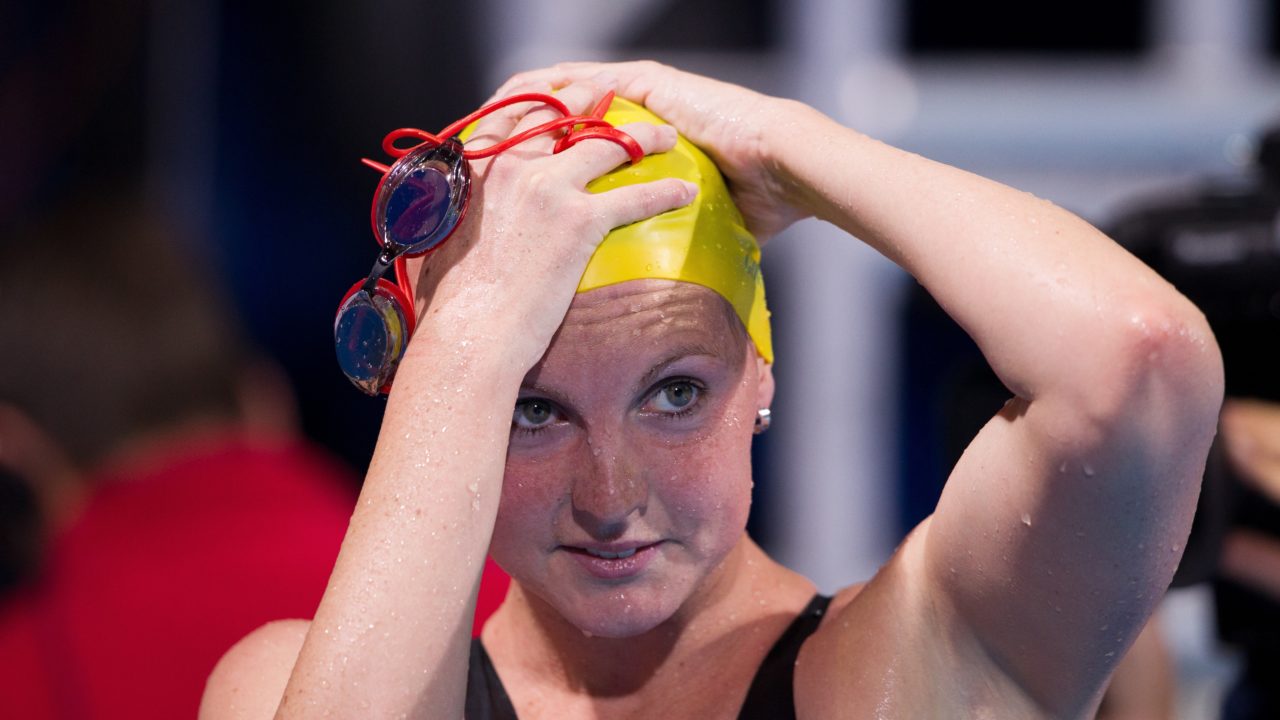 Veteran Melissa Gorman will have a race-within-a-race for a spot on the Australian Pan Pacs team. Archive photo via Tim Binning/TheSwimPictures.com

The swimmers will take part in the Italian Swimming Federation Open Water Championships at Lake Bracciano in Italy from June 18-20 and then travel to Setubal, Portugal to compete in the FINA 10km World Cup on June 28.

Both Gorman and Gubecka are yet to formally qualify for the Pan Pacs on the Gold Coast and will have to go head-to-head at the FINA World Cup meet in Portugal on Saturday June 28, with the highest placed finisher to be selected onto the team.

As the defending Australian Champion in the 10km event, 15-year-old Gubecka will be keen to continue her run of success but will need to keep an eye on 28-year-old Gorman, who despite recovering from a shoulder injury will have experience on her side.

The team will be spear-headed by Australian Champion in the men’s 5 and 10km events Jarrod Poort who along with the rest of the team will test his race preparation two months ahead of the Pan Pacs on the Gold Coast.

Swimming Australia’s National Open Water Coach and Performance Manager Ron McKeon said the tour would be an important part of the swimmers preparations for the Pan Pacs.

“We can be quite isolated from international open water competition in Australia but having the major meet later in the year is a great opportunity to give our group of swimmers some high quality international race practise ahead of the Gold Coast in August.”

“We have a relatively young team and providing them with the chance to race overseas, in a competitive environment, will be beneficial to their racing skills and technique as well as their overall development as an elite swimmer,” said McKeon.

Poort will be joined by his fellow World Championship teammates from Barcelona, Simon Huitenga and Rhys Mainstone as well as Australian Swim Team rookies Kareena Lee and Jessica Walker who will test their skills at an international level.

The swimmers will depart Australia on Thursday 12 June where they will take part in a training camp to be held at the Italian Federal training Centre in Ostia, Italy, before competing at the Italian Swimming Federation’s Open Water Championships.

The swimmers participating in the Open Water European Tour are:

Good luck Mel, believe in yourself, go get em!

Ah, youth against experience, go young Chelsea, you can do this.