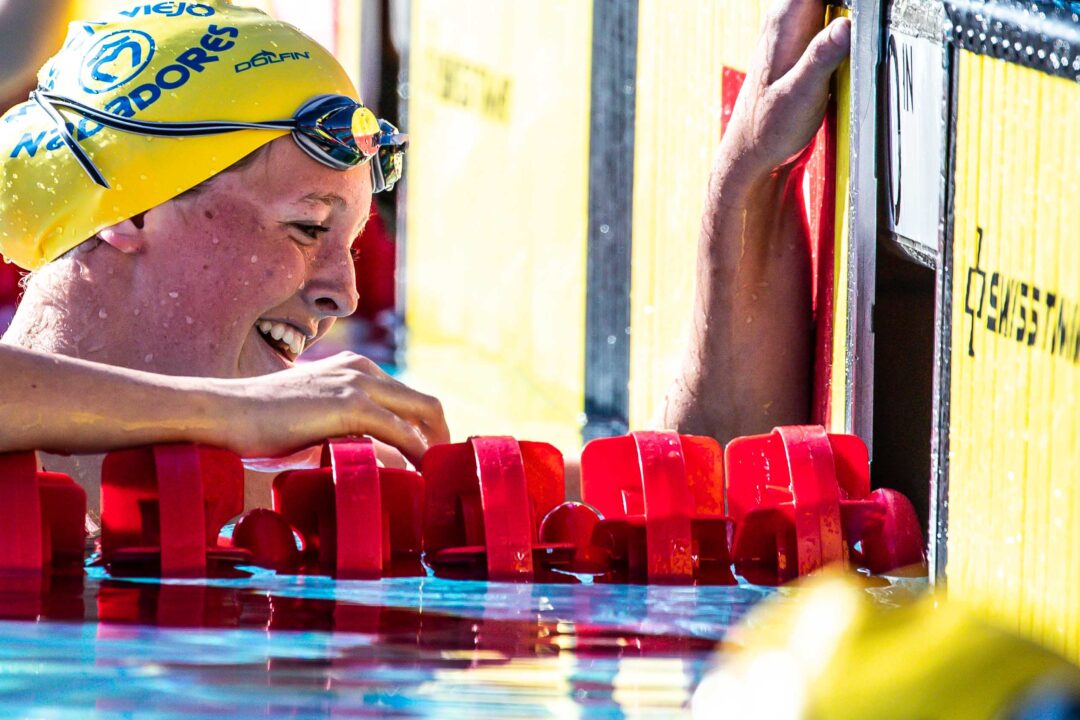 Mission Viejo's Macky Hodges opened the 2021-22 season by hitting a best time of 54.98 in the women's 100 backstroke. Archive photo via Jack Spitser/Spitser Photography

La Mirada Armada’s Kayla Han dropped some impressive swims at the Kevin Perry Invite, including a 4:42.91 in the 500 freestyle.

Our latest Weekly Wonders swimmers include Manita Sathianchokwisan, who set a new Bolles School record in the girls’ 50 freestyle in 22.63.

Bella Brito, 14, Beach Cities Swimming (CITI-CA): The 14-year-old Brito went five-for-five in setting personal bests at the Team Santa Monica September meet, including hitting a time of 23.70 in the women’s 50 freestyle and 57.17 in the 100 backstroke. The 50 free swim marked a 1.1-second best, while the 100 back neared three seconds under her old PB of 59.96.

Quintin McCarty, 17, Pikes Peak Athletics (PPA-CO): McCarty, who is committed to swim at NC State in one year’s time, matched his personal best time of 19.95 in the men’s 50 free at the Pikes Peak Athletics Annual Kick Off meet. McCarty also put up a solid time of 48.84 in the 100 fly, less than half a second off his 48.39 PB set last December.