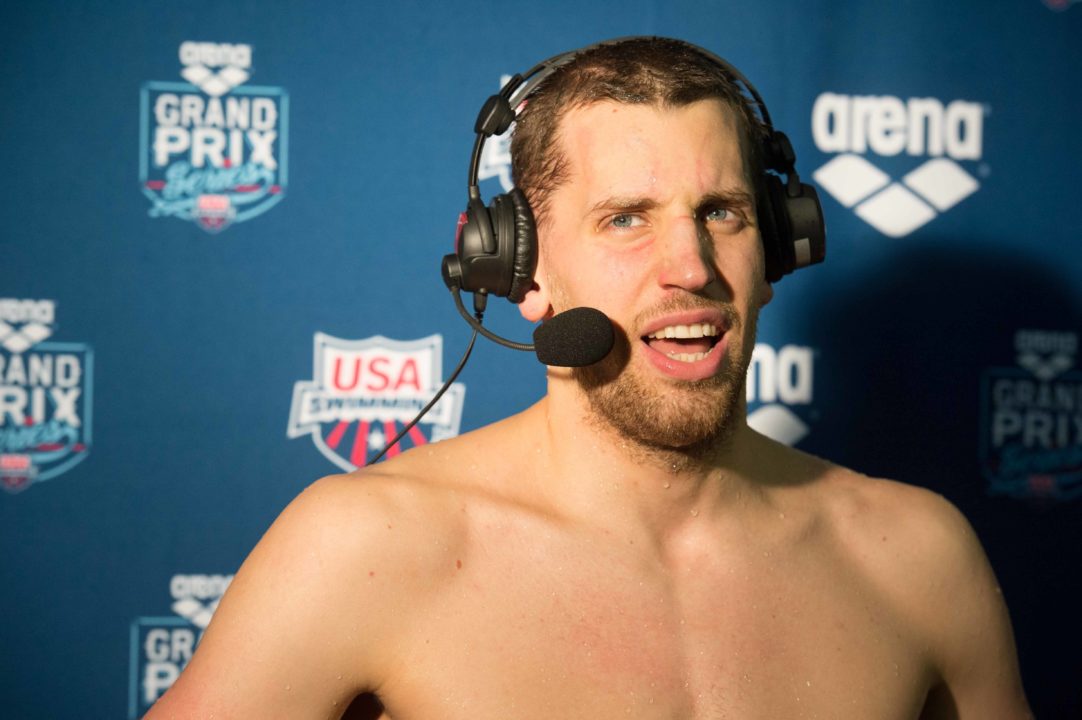 Germany’s top 400m individual medley swimmers in recent years, Yannick Lebherz says he will no longer swim the distance. Lebherz had this to say on his Facebook page: “Sometimes it is time to make changes. Such a decision has been made already in the spring together with my coach (Jörg Hoffmann): I will not swim the 400 m individual medley on the international level again. “

Lebherz, who has suffered from unexplained muscle cramps for a long time, could not take part in the National German Championships this year and therefore could not qualify for the World Championships. He will focus on the 200 m freestyle and the 200 m backstroke from now on. Lebherz was part of the victorious 4 x 200 m freestyle relay at the 2014 European Championships and he plans to train with Paul Biedermann for this distance at the upcoming German training camps for Rio 2016. Lebherz won the German title in the 400 m IM from 2008 to 2014 seven consecutive national titles. The 2015 winner at the German National Championships, Jacob Heidtmann, swam a new German record in 4:12,07 in the World Championship’s final and placed 5th among the world’s fastest IM swimmers in Kazan. Lebherz was the former German record holder.

“We see the potential in this distance, more or less as maxed out,” he said. “I need a lot of energy to get on a competitive level in training and competition and this was energy which has often been missing in other races. Without training for the 400 m IM, I can concentrate solely on improvements in the 200 m distances – and the goal is to be on the forefront in spring and summer.”

Lebherz trains in Potsdam with Jörg Hoffman – his training partners are Christian Diener (second at the European Championships in Berlin 2014 on the 200 m backstroke) and some of Germany’s most talented swimmers like Sonnele Öztürk (a promising female backstroke swimmer), Felix Wolf and Carl Louis Schwarz. Coach Jörg Hoffmann, who won bronze in the 1500 m freestyle at the 1992 Olympic Games and was the 1991 World Champion in the 400 m and 1500 m freestyle, has the fastest male backstrokers in his pool in Potsdam. The men’s team from Potsdamer SV won the German National Team Championships in 2015 for the first time. With Norbert Warnatzsch, the team in Potsdam has another very experienced coach who has previously trained among others Britta Steffen and Franziska van Almsik. Warnatzsch’s athletes collected three gold, one silver and three bronze medals at Olympic Games or were involved as a relay starter on winning medals. Additionally his swimmers achieved one gold, two silver and four bronze medals at the world championships and many medals at the European Championships. Warnatzsch’s athletes also swam six world records, eleven European records, and 21 German- and DDR records. It’s clear that this team is a powerhouse in Germany with many promising swimmers in every age.

Lebherz and Diener are sport soldiers – that means they are employed by the German Armed Forces, so they also temporarily need to serve, but can concentrate most of their time on swimming. Both will take part in the upcoming World Military Games in South Korea in October.

Lebherz added that his muscular problems are now healed and he also didn’t expect a good chance to compete in the 400 m IM at the Rio Olympic Games because he is too slow in the breaststroke leg. In his private life, the 26 year old for the first time became a father –  his daughter Emilia now is ten and a half weeks old and we wish him and his young family all the best for their future.

You can read more about Lebherz’s lineup change (in German) by following this link.