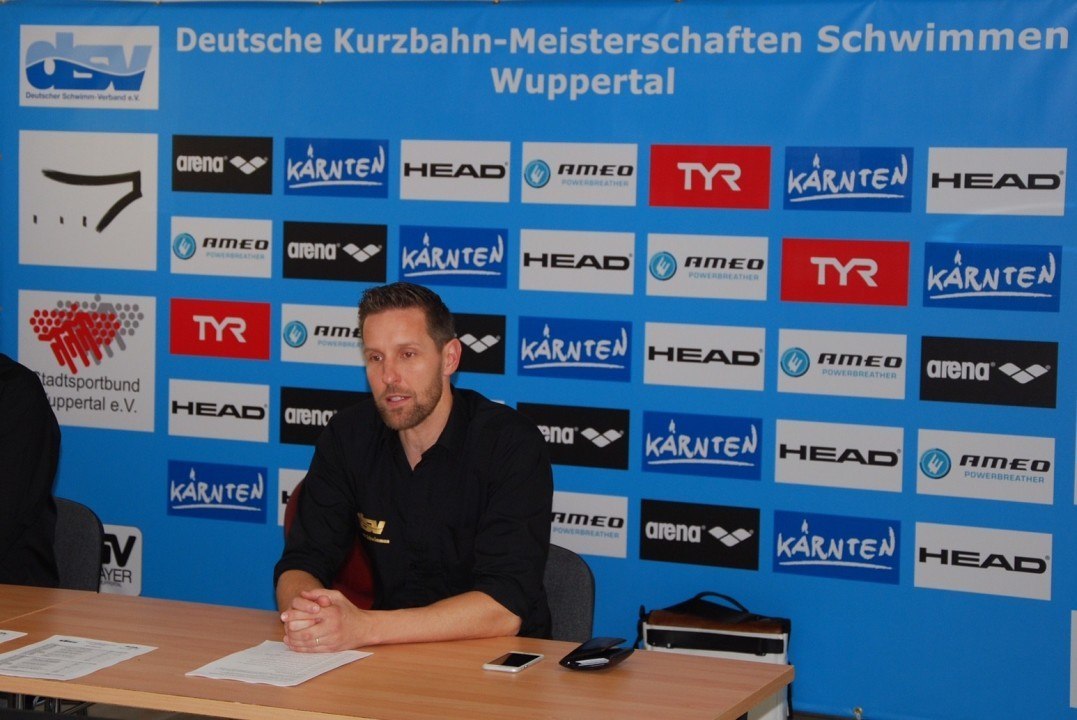 As the British Newspaper “The Times“ reported yesterday, evidence has emerged that Russian Swimming, similar to the accusation against their... Current photo via Daniela Kapser

As the British Newspaper “The Times“ reported yesterday, evidence has emerged that Russian Swimming, similar to the accusation against their athletics federation, has taken part in systematic doping. The Russian World Champion Yuliya Efimova is already  under doping suspicion for the second time – she was tested positive for meldonium, the same drug that tripped up Tennis star Maria Sharapova earlier this month. The Russian Swimming Federation confirmed in a separate story that it was aware Efimova had tested positive for meldonium. Efimova could face a penalty as harsh as a lifetime ban because this wouldn’t be her first doping offense. Efimova tested positive for 7-keto-DHEA back in 2013 and was hit with a 16-month suspension and stripped of two world records and five international medals as a punishment.

Henning Lambertz, the head coach of the German swimmers, said about the new potential doping offense by Yuliya Efimova and the latest developments in the Russian sports: “If all facts are confirmed to be correct, I would advocate to exclude an entire nation from the Olympic Games.” And he also thinks that if Yuliya Efimova is proven guilty for the second time of having used performance-enhancing drugs, she must get a lifetime ban. Lambertz describes this as the only acceptable response. otherwise this would be “a slap in the face for all of us”. He continued: “It is incredibly difficult to treat Russian athletes with respect and dignity. What should I say to swimmers like Marco Koch or Paul Biedermann: Just try to swim against them?“

The “Times” claims to have found evidence of an “organized drug culture” in Russian swimming over the past decade. Sergei Portugalov, the medical specialist of the  for four months suspended Russian track and field athletes, should have given also performance-enhancing drugs to the russian swimmers. Besides the known doping cases reported “The Times” that positive tests had been covered up – the publication refers to several anonymous sources. The Russian Swimming Federation has rejected all actual accusations.

The President of the World Anti-Doping Agency (WADA) Craig Redie told “The Times“: “If these allegations are true, we will examine it closely.“ Travis Tygart, head of the US Anti-Doping Agency USADA, demands harsh consequences – even the exclusion of all Russian athletes of the Olympic Games in Rio. „They (the Russians) are playing games with us and laugh themselves silly behind our backs. There has to be consequences. It is a state-supported doping, and nothing but hard consequences would be fair to the clean athletes. Of course we want all countries at the Olympics have, but this must not be at the expense of clean athletes.”

I think its time to test all Chinese and Russian and any other country’s athletes that have had positive drug test (tests)! Every sport regardless, if one tests positive they all go down. And then kick them out of the games. If you can’t follow the rules you are out! This has become so unfair to the honest clean athletes and their countries who don’t sponsor winning by cheating.

Good for Lambertz. More head coaches, top athletes, and NGB leaders need to start speaking up and demanding lifetime bans and big time financial penalties. There is too much cowardice in swimming leadership these days when it comes to protecting the sport. Doping is a scourge and is just plain wrong. We can never allow the dopers to make doping the “norm”.